In early colonial Australia, printed cookbooks were an indulgence, offering little useful information for Australian conditions, and often requiring unobtainable ingredients. Our first cookbook was written in 1864 by Hobart landowner and member of the Tasmanian Parliament Edward Abbott (18011869). Wait for the title, The English and Australian Cookery Book: Cookery for the Many, as well as the Upper Ten Thousand

The cook book is now defined as a collection of colonial oddities, however it did have a section on game, which included kangaroo, emu, wombat, mutton birds and black swan. 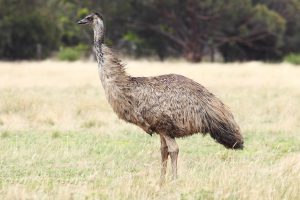 Of the list above, kangaroo remains on the Australian game menu, along with the addition of crocodile, although neither have reached the mainstream. Our native emu has even less appeal. Dutch explorers came across three-toed tracks about 1697 in Western Australia, and it is from the Portugese word Ema meaning crane or large bird, that emu is derived. The emu was a valuable source of food for the Aboriginal people and was also used in ceremonies and medicine but although early Europeans also ate emu meat, these days it is rare to find it on a menu although its available frozen at quite a few speciality stores and some supermarkets.

The meat is closer to beef than turkey or other large birds, and it is quite gamey. But like its coat of arms companion, the kangaroo, its also a very lean meat. With its low fat content, trace minerals and nutrients and a double serve of iron, its the type of meat which should be on everyones shopping list. 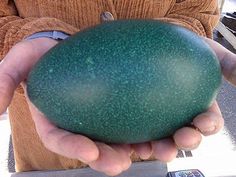 Emu is best served on the rarer side which is probably why it doesnt appeal to everyones palate. Because of the low fat content, care must be taken to cook the meat quickly and at a high temperature to prevent loss of juices and seal in the unique flavour. Personally I dont like the taste but I am partial to scrambled emu egg. We ate emu eggs regularly when I was growing up. Rich and golden yolked, one emu egg is equal to about 10 chicken eggs. One egg for the whole family.