It was pretty tough being a settler in Australia in the 1830s and tougher still for the First Australians. Imagine you’re a white settler and have just arrived in the colony of New South Wales after five months on-board a sailing ship en route from the Mother Country – England. On arrival you discover that the fertile farming land you hoped to settle doesn’t exist anymore. It has already been granted, leased or sold to those who have come before you: free settlers, assisted emigrants, emancipated convicts and members of the military among others. To make matters worse, the great Australian Agricultural Company formed in England with the input of Governor Macquarie has recently been granted over 560,000 acres of farmland stretching from present day Murrurundi in the Hunter Valley to Tamworth. This massive grant does two things. It displaces many illegal settlers who are forced to find farmland elsewhere and secondly it takes away arable farmland from the northern fringe of the colony that could have been made available to newcomers.

You consider your options and realise that you have little choice. You must go beyond the outer limits, outside the designated nineteen counties of the NSW colony. Far from the jurisdiction of the law to the white space on a map, the wild lands of Northern NSW. You travel northwards, taking all your worldly possessions with you, over-landing sheep and carrying provisions by bullock wagon. The provisions are your life blood. You’ve spent your savings buying livestock, equipment and food, but anything could happen during the journey. You could simply get lost. One of your party may fall ill. God-forbid you’re attacked by the indigenous inhabitants, your stock speared or rushed off into the scrub. Your food stolen. Your wagon bogged or overturn. If and when you do make it through to untouched land you then have to mark the farm’s boundaries by blazing trees with an axe and the problems you had travelling northwards don’t disappear, in fact they’re compounded because now you have to establish your business, grow food to survive, before your provisions run out. 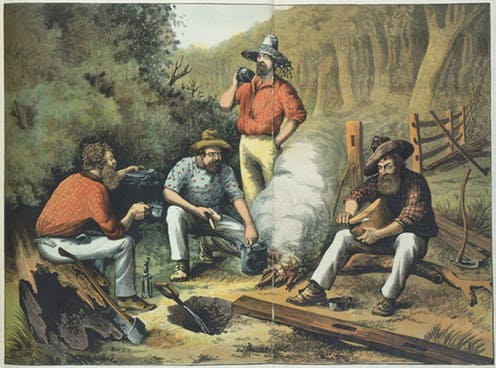 You live on mutton and kangaroo meat. On damper, sugar and water feeling the growing effects of scurvy. You wear a brace of pistols and carry a flintlock musket while you ride around your run and at night you stare at a too big sky, at foreign stars, at a moon so large that you wonder whether the stories of moon madness are true. You sleep with a pistol by your side, stare at your wife and child. You shouldn’t have brought them out here to this god-forsaken land, but you had no choice. This is supposed to be a fresh start in a new world but you don’t know if you will survive, let alone succeed and with every move you make you feel as if the bush is watching and waiting. All of you are afraid.

You graze the land not realising that your sheep are fouling the waterways, trampling the fragile grasses, scaring away the wild animals the Aboriginals hunt for food. You don’t believe that they burn the land to entice new growth, and wildlife, for food, to control timber and in doing so reduce the risk of bush fire. That this is why the country looked so magnificent on your arrival. Much like English parkland. The grasses reaching to the stirrup-irons on your horse. 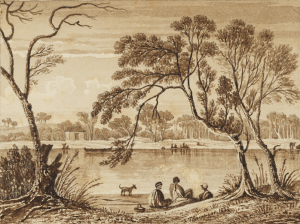 The attacks soon begin. Aboriginals are killed. Shepherds are speared. Stock are rushed off into the scrub. The settlers grow more anxious and call on the Governor for help but he tells them they have settled beyond the reach of the law. That they are on their own. The settlers, along with assigned convicts and emancipated stockmen decide to take matters into their own hands. And that’s when the real troubles begin.