The Great Gatsby – Decadence & obsession in the Jazz Age.

F. Scott Fitzgerald the author of The Great Gatsby coined the phrase the ‘Jazz Age’ and was known as the Great American Dreamer. If you haven’t read the novel you may well have seen the movie with Leonardo DiCaprio. The Great Gatsby is the story of a mysterious millionaire Jay Gatsby and his unrealistic obsession for a beautiful former debutante Daisy Buchanan. Set on Long Island in the summer of 1922 it is filled with the decadence, social upheaval and excess that came to characterise the Roaring Twenties and is considered to be one of the great novels of the twentieth century. 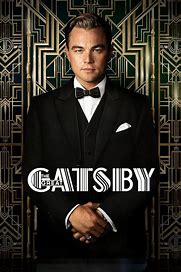 By 2013 Fitzgerald’s publisher estimated that about 25 million copies of The Great Gatsby had been sold. 25 million copies. Fitzgerald died in 1940 aged 44 years and clearly would have been thrilled with such a massive readership particularly as only a few months before his death he’d received a royalty check for a minuscule $13.13 having only managed to sell 15 copies of The Great Gatsby in the final year of his life. Things weren’t all bad however for the author. From the date of the novels publication in 1924 until Fitzgerald’s death sixteen years later 25,000 copies were sold. 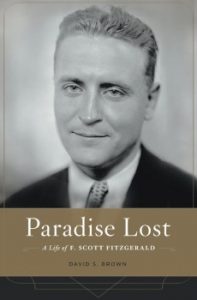 David S Brown published the biography, Paradise Lost: A Life of F. Scott Fitzgerald, last year. Brown said of the author that would become an American icon; ” Fitzgerald was a literary celebrity … little that he–or his wife Zelda Sayre–did was off-limits”. With a wife named after a fictional gypsy Queen, links to the Confederacy and travels in a devastated Europe following the end of The Great War, Brown reveals some fascinating insights into the man that created one of the world’s great novels. 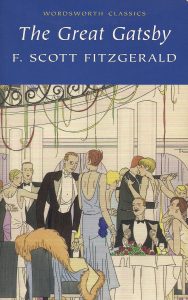