The boy who held up a town – Ben Hall

In the early years of the 1860s a young wife abandoned her husband and with her son in tow went to live with a stockman named James Taylor. This woman’s leap towards a new life would probably have never been of interest were her husband not Ben Hall, who at the age of nineteen would immediately find himself at the centre of police attention.  Soon after his wife’s leaving, Ben joined up with the notorious bushranger Frank Gardiner and within months was arrested for armed robbery. The robbing of the gold escort coach near Eugowra, New South Wales, of banknotes and 2700 ounces of gold worth more than 14,000 pounds was an impressive feat and there was not enough evidence for a conviction. 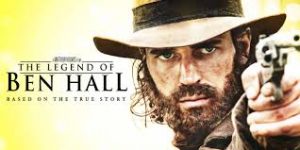 Ben’s parents were ticket-of-leave convicts. His father had overseeing experience on a property in the Hunter Valley before opening a butcher’s shop in the town of Murrurundi and then relocating the family to the Lachlan River area. It was here that young Ben spent his early years working with horses and cattle and learning the skills so vital to bush survival. Ben married Bridget Walsh in 1856 at the age of 19 and together with his brother-in-law John Maguire leased a 10,000 acre run near Forbes. Up to this point Ben’s life appears fairly tame, until his wife leaves him for another man and Ben takes up with Frank Gardiner. The Walsh girls clearly weren’t happy in married life for one of Bridget’s sisters Kitty, also left her husband eloping with, wait for it, Frank Gardiner to Queensland. 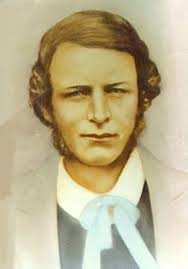 Ben’s legal expenses cost him the lease of the Forbes property and when the police burnt down his hut at Sandy Creek Ben slowly became ensnared in a life of crime. From 1863 to 1865, Ben Hall and his various associates were said to have committed over 100 robberies, including the holding up of mail coaches, villages, stealing prized racehorses, raiding the entire town of Bathurst and in one of their more spectacular moves, holding up Robinson’s Hotel in Canowindra, New South Wales. No-one was hurt. The travellers and townspeople inside the building although required to remain at the hotel, were provided with food and entertainment, while the local policeman was totally humiliated by being locked in his own cell.

The gangs successes soon came to an end. Two of Ben’s associates were shot dead by police and a third arrested leaving only Ben Hall and John Gilbert. While they continued their crime spree with various companions, when two policemen were shot and killed during separate robberies the authorities had had enough. The Felons Apprehension Act was pushed through NSW Parliament which effectively declared Hall and his comrades outlaws, meaning “outside the law” and could be killed by anyone at any time without warning. 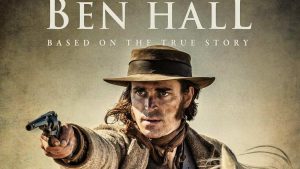 In May 1865, Hall and the others realised they had to leave NSW. They hid out on a creek near Forbes, while gathering supplies for their proposed journey north. It was here while temporarily separated from his companions that Ben Hall was ambushed by eight policemen. He was shot dead running towards his horse, his location given away by a friend who’d offered assistance.

Like bushrangers? You can read about our very own Wild Colonial Boy here.