You would imagine that with eight novels behind me I would slide into the writing of number nine with ease. Practice, an understanding of the fundamentals and an itching to get to know new characters should be enough to spur me on but this book has come slowly. Now nearly 80,000 words on and not quite four and half months later of very solid writing time I’m nearing the end of completing a first draft. If I were to attach a scent to the occasion I’d have to say that at this stage it’s a little like the smell of cut grass. The mowing has been done. The path is clear and I can see where I’m headed, but the weeding and the edges, well that’s a whole other matter. Those next jobs are for later when I’m redrafting and polishing. Adding and deleting and pondering. Oh, yes. There’s lots of pondering when it comes to constructing a novel.

There are two main types of writers, plotters and pantsers. I’m the ride by the seat kind. Not for me the rigours of set chapters and conclusions with little room for characters to change their minds and direction. I like seeing my characters develop. I’m learning about them. And they’re learning about this new world that I’m enticing them to embrace and understand. Gradually they fill out, gain colour and perspective, skewed or otherwise. I’m writing a story and they’re showing me their stories through the choices they make as the narrative unfolds. 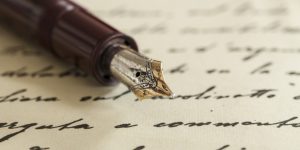 With this new book which is still untitled – simply because I haven’t thought of a name yet, I have moved away from what has been something of a mainstay in my writing life. Pioneering Australian women. I like writing strong, feisty women who fight against the restrictions of their time, gender and the societies in which they live. And I enjoy exploring our pastoral heritage beyond our coast and convict beginnings. However it was time for a change. This new book is written totally from a man’s viewpoint. A young man who finds himself in an area he never imagined even though he has dreamed of visiting it since childhood. I’ve been researching and reading up on this time and region for a couple of years now and have been fortunate in being able to visit some extraordinary sites here in Australia to ensure I get that sense of place that is so vital to a work of fiction. Much like a painter it’s the colour that makes a created world real.

It’s hard work reaching the 80,000 word mark. A good writing day is 1,000 words for me. The first 10,000 words is a slog as I piece together a beginning. I move chapters around. Change the introduction of characters. I wonder what will work and what won’t. I have a single phrase in my head and that one central character, named Ross and from him extends the framework on which every next word hangs and from which other people and events evolve and revolve. Good or bad. Happy or not. At twenty thousand words I can see the middle of the work so clearly I can taste it. Now, I’m envisaging the ending with a sense of excitement. That is until I’ve finally finished and then turn back to the first page and make a start on all that weeding and edging.

2018 is the first year in some time – eight, that I won’t have a new book being released. This new work should be published in the early half of next year, and I’ll be back with more updates before then.