Alice Springs the city wasn’t always known by this rather optimistic name. The settlement came about after John McDouall Stuart led an expedition through Central Australia in 1861-62, to the west of what would eventually become Alice Springs. Stuart was the savvy explorer that established a route from the south of the continent to the north and ten years later a white settlement was formed at the Alice. This only happened because the Overland Telegraph Line (OTL), which would eventually link Adelaide to Darwin and on to England, needed twelve repeater stations. One of which was located near what was thought to be a permanent waterhole in the normally dry Todd River. 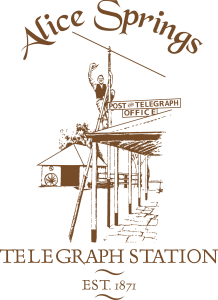 The Telegraph line was finished in 1872. Tracing Stuart’s route it opened up the interior for permanent settlement and the Alice Springs Telegraph Station came into being near the Todd River. The small community was named Alice Springs after the wife of the former Postmaster General of South Australia, Sir Charles Todd. The Todd River was named after Sir Charles. And that permanent waterhole, the famous springs, wasn’t everlasting. 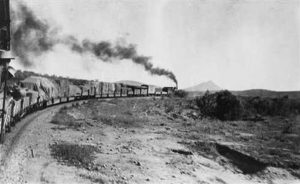 It was a small beginning in an area where Aboriginal’s would outnumber European Centralians until the mid-1930s. The gold discoveries of the 1880s enticed a few but by 1909 when the Stuart Town Gaol was built there were only about twenty whites in the town. The gaol was used mainly to house first contact aboriginal men who were arrested for killing cattle. 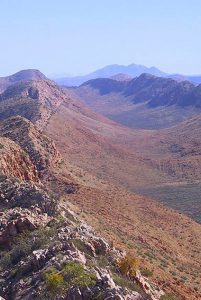 It was the advent of the train to Alice Springs in 1929 that really changed the face of Central Australia. With it came tourists, photographers, naturalists, settlers, speculators and pastoralists, among many others. What was lost or at least mightily diminished, was an ancient culture. And as for Alice Springs itself, that name originally belonged to the Telegraph Station. Until 1933 the town was officially known as Stuart.