Those were the days…

My father was born in 1931. A time when things were saved and reused, repaired or modified and the word excess was rarely mentioned except perhaps when a person overate. Brown paper and string were kept for parcel wrapping, cereal boxes and wooden spoons were a child’s delight and a day trip to town included window shopping and people watching and a counter lunch at the Max Hotel. Times were more simplistic, expectations met the size of your wallet and a good day was one were much work had been accomplished.
Budgets were tight, either imposed by economic conditions or purposefully done so. The Great War and its aftermath of rationing, the stock market crash, recession and depression forced many people across Australia to live within their means. In the country, rabbits were good eating and their trapping along with roo shooting for skins earnt extra shillings. Bush turkeys and chickens, vegetable gardens and corned meat were staples, along with mutton. Everything was used. A roast became cold cuts the next day for sandwiches or supper, it could be reheated and with a dash of curry powder even week-old meat became tasty. 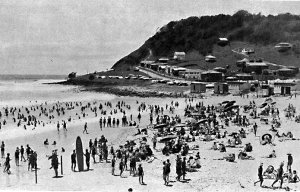 Some may call my father’s generation frugal, thrifty, in fact they were prudent, savvy, economic minded. Wastefulness was not part of the equation. I read recently that those born in the earlier part of last century, like the generations before them, were bought up if not under the church doctrine of the seven deadly sins, at least aware of these cardinal evils; pride, greed, lust, envy, gluttony, wrath and sloth. Gluttony, the overindulgence and overconsumption of anything to the point of waste, was undoubtedly a rare occurrence when my father’s generation was growing up. They were hardworking and they saved. They were community minded, resilient and probably more than a little bit dismayed in later years of the conspicuous consumption and sense of entitlement endemic in the younger generation. With a close friend’s mother passing only last week and my own father having left us nearly six months ago, society is certainly the poorer as these gracious, wise, loving people leave us. 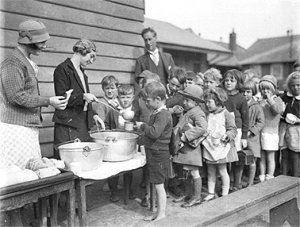