A monument to ingenuity. The Southern Cross Windmill

Windmills, they are so much a part of our rural landscape. A vital source of power for pumping water they are also a monument to our pastoral development, to the tenacity of our pioneers and to the establishment of the iconic Southern Cross Windmill brand. In 1876 Griffiths Bros & Co of Toowoomba manufactured four windmills for Jimbour Station based on the US built windmills already owned by the property. The foundry was soon making other things such as steam engines and boilers, wool presses, troughs and ironwork for verandas however it was the windmill which would later keep the company afloat during the difficult economic periods of the late 1890s and during the Great War. 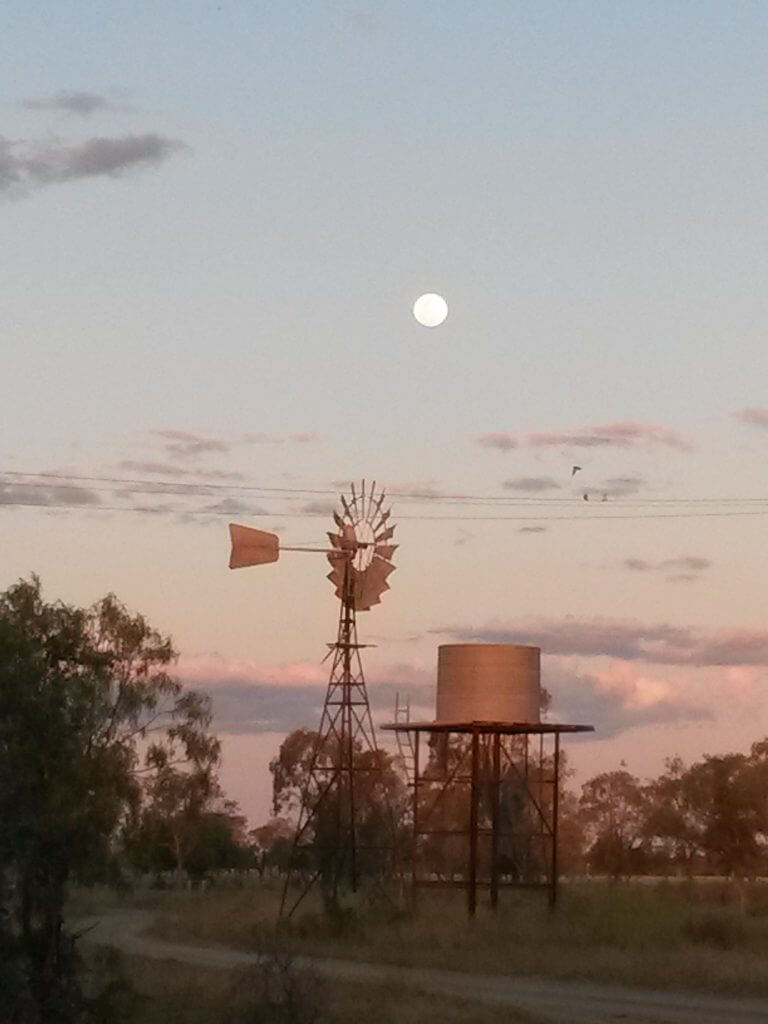 Up until 1893, most mills were wooden with few metal parts however change was coming. Alfred Griffith’s Zephyr mill was the first geared windmill manufactured in Australia. Spinning windmills faster so that the plunger below could pump water faster was Alfred’s aim in introducing gears and he succeeded. He also retained the original crank system (where one turn of the wheel converts to one complete up-and-down stroke) imperative for deep bores which needed slower pumping.

The Americans, the doyennes of mass production soon showed interest in the Australian market and their windmills started being imported with great success. Sales of the Zephyr declined as a result and the Griffith’s foundry ran into problems. It was while visiting the Toowoomba Show that Bert Griffiths noticed that the company’s Zephyr ran at half the speed of those of his American competitors. So he measured their wheels and concluded that his sails had too much curvature in them. His new design incorporated blades with a flatter profile, internal gears, and an ability to govern itself. The Southern Cross windmill, as designed and named by Bert Griffiths, became one of the great successes of the Toowoomba Foundry. This mill was such a simple, inexpensive and efficient mill that, by 1910, it had almost eliminated American mills from the Australian market. 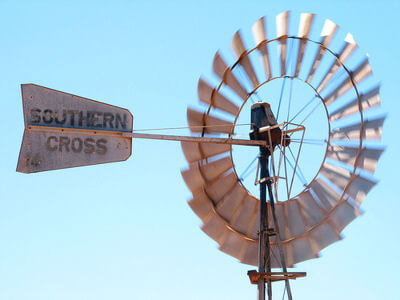 Before 1903, each windmill design was given a different name but the success of the Southern Cross design led to the decision to retain the iconic name that we know today. Over 200,000 Southern Cross windmills have been manufactured in Australia with wind-wheels up to 36 feet (10.9m) in diameter. They are a monument to the ingenuity of our engineers, manufacturers and farmers.