The man and the memorial.

Charles E. W. Bean is considered Australia’s finest WW1 correspondent and historian, having served as a journalist at Gallipoli, arriving there only a few hours after the sea-landing, and then travelling to the Western Front after recovering from wounds received on the battlefield. His first-hand accounts of the ‘fog of war’ exposed the heroism, logistical difficulties, and communication issues between military units at the front as well as the devastation of shellshock on the men.

His account of that first dawn on Gallipoli was one to stir the patriot in all Australians: “[Those] who saw the Third Brigade go up those heights and over successive summits like a whirligig with wild cheers, and with bayonets flashing, speak of it with tears of enthusiasm in their eyes … Australian infantry, and especially the Third Brigade, have made a name which will never die.”

From Bean’s experiences came his celebrated and mammoth 6-volume history of Australia in the war of 1914-1918. Bean was so affected by his front-line experiences that he began to formulate the idea of a museum that would also serve as a memorial to those men and women who served under such appalling conditions. There was interest in Bean’s idea and in May 1917 the Australian War Records Section was established which included the Australian Salvage Corps. From this point on documents relating to the conflict and important artefacts from the wreckage of the battlefields were collected, becoming the basis of the Australian War Memorial. At that time there was no thought given to the inclusion of future conflicts. The Great War was after all, the war to end all wars. 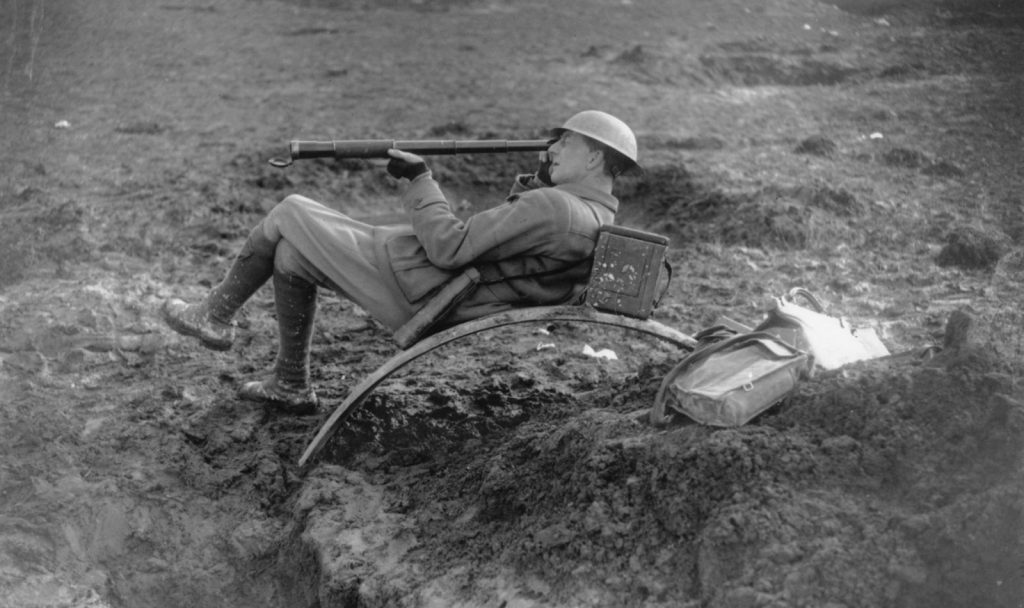 Charles Bean was born at Bathurst, NSW in 1879 where his father Reverend Bean was headmaster of All Saints College. After completing his education as a lawyer in England with a scholarship to Oxford he returned to Australia. By 1904 he was a legal assistant on a country circuit which he enjoyed for a number of years, publishing his experiences in The Sydney Morning Herald. However journalism proved to be Bean’s passion. He joined The Sydney Morning Herald as a journalist and began travelling outback NSW. On the Wool Track and the Dreadnought of the Darling tell of his journeys in the bush. Both give us a window into Australia’s pastoral history and Bean’s admiration for the men and women who lived in our remoter regions. It was his admiration of their resilience, tenacity and mateship that would lead him to comment during the war that it was these traits that defined Australian soldiers at the front.

The basis of the Australian War Memorial was completed in 1941. Charles E. W. Bean died in August 1968 leaving behind a tremendous legacy.