The Marquis de Rays. What an exotic name. It conjures wealth, European lands and a noble linage. But names and appearances can be deceptive and the Marquis de Rays, a French Nobleman was a scoundrel and con-artist supreme. The Marquis ripped off poor settlers in the late 1800s offering the ‘promised land’ but eventually after horrors and numerous deprivations the remnants of this trusting group of refuges ended up in NSW Australia. Some of the Italian immigrants formed an established settlement at New Italy on the Richmond River near Woodburn in 1882.
The Marquis de Rays grand plan was to start a French colony on an island he called La Nouvelle France now referred to as New Ireland near Papua New Guinea. The third of his expeditions, often referred to simply as the de Rays Expedition, in 1880 is most famous for its absolute failure. Four ships set sail with 570 ill-prepared colonists, a mixture of French, German, and Italians. 340 Italian colonists from Veneto Italy, keen to escape their poor living conditions boarded the India bound for Port Breton New Ireland. They were required to pay the Marquis 1,800 francs in gold or could offer their services in labour for five years. In return the emigrants were promised twenty acres of land, a four-bedroom house, a thriving settlement and supplies. None of it would eventuate.
On board the India conditions were shocking. For three months the colonists lived in appalling, cramped conditions. Disease flourished and food was in short supply. People began to die. When they finally arrived at Port Breton their problems only increased. There was no busy settlement or rich grazing lands, only dense rainforest and the wary indigenous inhabitants of the region. Promised supplies did not eventuate or were severely delayed, malaria affected many. The death toll rose. 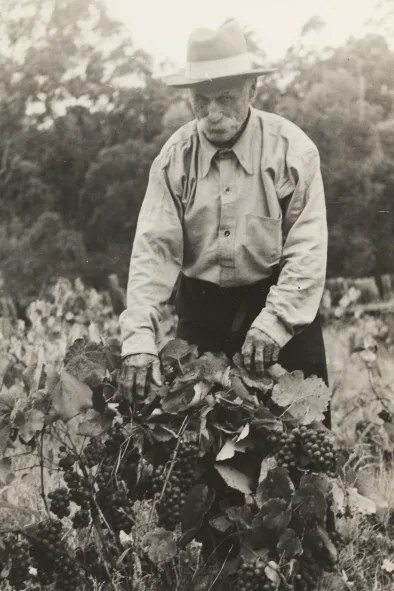 (Settler New Italy. Image courtesy SMH)
The settlers had a simple decision to make. Stay and face death. Leave on the India and hope for the best. The second choice was their only option. At Noumea the vessel was declared unseaworthy but Sir Henry Parkes, the colonial secretary of New South Wales stepped in and arranged another ship. Two hundred and seventeen settlers arrived in Sydney, out of 340.
But what to do with these refuges. Most couldn’t speak English. They had little money and were starving. Makeshift accommodation was organised and the decision was made by the colony to hire them out. In that way they would assimilate faster into Australian society. But with families being torn apart, a group of settlers combined their limited resources and laid claim to 3,000 acres of land north of Sydney in the Richmond Valley. There were enough skilled tradesmen among the colonists to start a settlement and New Italy was formed near Woodburn in 1882. By the mid-1880s 250 settlers lived there. It was a small farming community growing fruits and vegetables including grape vines. A school was opened in 1885 but ceased operation in 1933 due to decreasing enrolment. The settlement is now deserted, but a museum exists on the site as part of the New Italy Visitor Centre. It’s well worth a visit once our own daily lives return to normal.
As for the Marquis De Rays he never visited his colony. He died in a French asylum in 1893 after a stint in jail for fraud and a few more failures to his name.
(Background research undertaken for the creation of Stella’s character in The Cedar Tree. Please note this is my own research and historical accounts I’ve studied do differ.)