Social alienation. That’s the best definition of an insane asylum. A place where people are shut away from society. In the 1800s, a person had to be declared insane before they could be admitted to a facility. However a doctor was usually only contacted after someone had been labelled insane due to their social behaviour or, chillingly if they had become economically problematic. Right up until the 1890s, there was very little distinction between the lunatic and the criminal lunatic. In fact criminal lunacy was a convenient way of getting the destitute – paupers and vagrants, as well as homeless children, off the streets. Lunacy was also useful in getting rid of troublesome relatives that became too difficult to care for or for those women whose opinions – as far as fathers, husbands and brothers were concerned, couldn’t be silenced and who refused to conform to societal conventions. 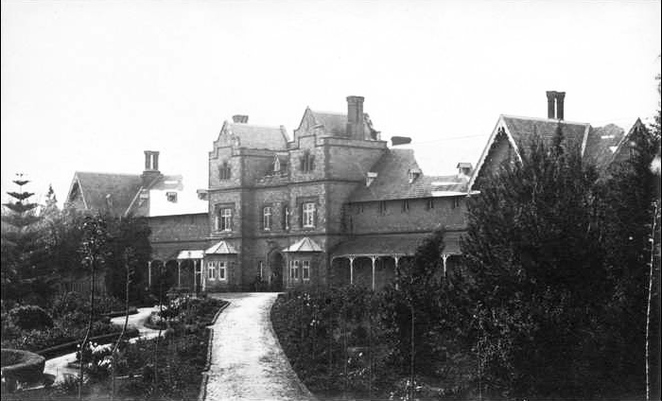 The Adelaide Lunatic Asylum opened in 1852 and was the first purpose-built place in SA designed to hold and treat mentally ill people. Situated on North Terrace, it was situated quite close to Adelaide’s premier boulevard, North Terrace East, home to Government House, the State library and Art Gallery among other noteworthy structures and the highest concentration of memorials and monuments. The inmates of the asylum were incarcerated in a prime spot for the building was on an elevated position allowing the inmates to see over the walls and down into the Botanic Gardens. The new asylum held sixty patients plus staff, and was situated, initially, far enough from the town centre to avoid upsetting the local inhabitants.

In a little over a decade the asylum was soon unable to meet demand and a new facility was eventually built further from Adelaide, the Parkside Lunatic Asylum, later known as Glenside Hospital. The original Adelaide Lunatic Asylum remained operational however the number of patient deaths made a dead house or morgue necessary and so in 1882 the morgue was constructed. 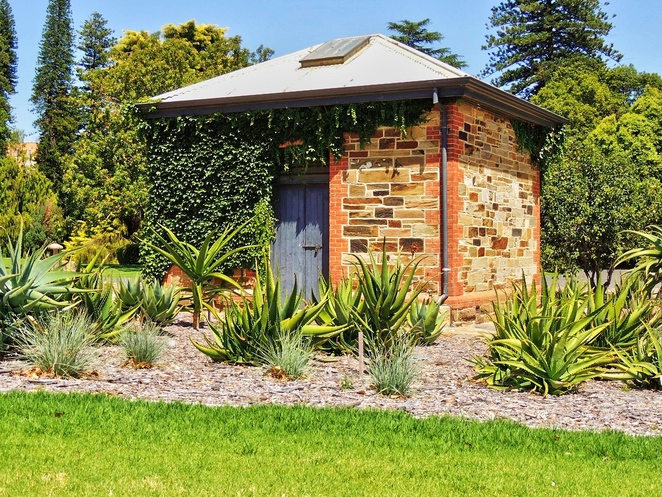 It was an oblong building with a galvanised iron roof (above). Windows and ventilators ensured airflow during autopsies, which were conducted on a stone slab while a slate floor sloped to a central drain. It’s said that the original morgue table was used in the 1980’s by gardeners as a table for potting plants. Not exactly a great work environment I would have thought but then here in Moree I’m told that one of our art gallery’s was once an undertakers office and morgue. A great example of the positive impact that the repurposing of spaces can make.

With the arrival of the 1900s advancements in psychiatry grew. Lunacy was finally defined as an illness. And while electric shock therapy and frontal lobotomy’s gained favour over ice baths and starvation, it was some time before the contemporary study of specific conditions over-rided such medieval thinking.

If you’d like to read more about lunatic asylums head to this page.