On the edge of the Nullarbor- Madura Station (Plains).

‘A hideous anomaly, a blot on the face of nature, the sort of place one gets into in bad dreams’.

This is the description of the plains by English explorer Edward John Eyre, a man who was a definite authority on the Nullarbor after his successful crossing in 1841. This area is desolate, a vast wide-open space famous for the flat lands of bedrock. But as isolated as these plains are, they can also be fruitful.

700km east south east of Kalgoorlie, clinging to the edge of the Nullarbor sits the 1.75 million acre Madura Station, the second largest sheep station in Australia. When Europeans settled the area in 1876 disrupting the traditional landowners, the Mirning they undoubtedly saw the Eucalypt, Myall and Melaleuca woodlands and grasses and guessed the area would be ideal for raising horses. Cattle, camels and sheep would follow.

The first official lease for the property was recorded for G. Heinzmann, but the station changed hands and uses, numerous times throughout the years. Initially the property was used to breed cavalry horses, with the animals shipped to India and used by the British Army. But by 1901 millions of rabbits invaded the area between the Eucla and the Nullabor devastating the region. The Ponton brothers and John Sharp had the lease at that stage and managed to survive the crisis but by 1927 another owner had come and gone, and with him went the cattle and camels he produced. 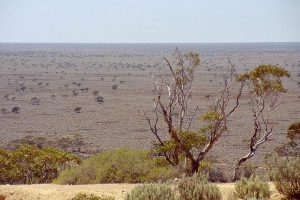 By 1927 the property was again used to breed horses, and totalled 2 million acres. In this same year the Madura Pastoral and Settlement Company acquired 5 million acres around Madura Station. They lobbied the government for 100,000 pounds to be spent  on dog-proof fencing and water boring so they could increase their sheep by 1 million and start producing more wool. But by 1933, the property had changed hands again.

At one stage the holding was overrun by hundreds of brumbies and wild cattle when the owner fell ill. Locals were called in to trap the horses which were later sold. A few years later the acting station manager was charged with cattle stealing, when he rebranded and sold 102 cows.  Not long after vandals targeted the property, damaging and burning the homestead, forcing the station owner’s wife to wield a revolver whenever her husband was away. 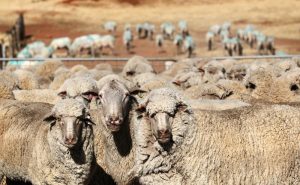 By the late forties the Australian Aborigines Evangelical Mission was opened on the property under the Reverend Sopher, only to be later closed for breaching the station’s contract. By then there were few stock left on the holding and the homestead was converted into a motel for travellers, complete with petrol pumps. At last the property saw a revival in 1987 when Jumbuck Pastoral Company took it over. Improvements including the subdivision of paddocks were repaid with 30,000 sheep producing a total of 850 bales of wool by 2011. Today CC Cooper & Co of Jamestown, SA, now own Madura Station (Plains) purchasing it for $10 million in 2016. They plan to keep running the Madura property as a merino and wool operation with its 33,000 head of sheep. No doubt the dog-proof fencing was a big drawcard for them.