‘Herd for Hope’: Driving cattle across the Sydney Harbour Bridge

Sometimes fabulous ideas get stymied. And so it seems that the ‘Herd for Hope’ fundraiser that was set to see a herd of cattle being driven across the iconic Sydney Harbour Bridge has hit a major roadblock of the bureaucracy kind. With the event planned to raise much needed recognition for organ donation and set for a Sunday May 28th start, it now appears it won’t be going ahead. It seems that Transport NSW aren’t too keen on closing the bridge to traffic on a Sunday morning or allowing some of this country’s most experienced stockmen to walk Hereford cattle beneath the E-tag scanners and along the scenic route across the harbour.

No doubt the officialdom that passes for government have visions of a stampeding mob ending up on the steps of the Opera House. However with ten head stockmen (all transplant recipients) in charge on the day, such a catastrophe would seem unlikely. Traffic chaos aside. And there would be delays if the bridge closed, a problem exacerbated by inept planning and lack of foresight, wouldn’t this be an event worthy of major consideration. 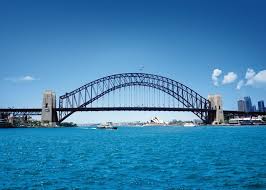 Stockmen and cattle on the Sydney Harbour Bridge? Hello Tourism NSW. And when you consider the international news coverage and resultant social media circus that would follow doesn’t the very concept become greater than its humble beginnings.

Wouldn’t many people ask, ‘why did they do that?’ if the event went ahead.

At the very best, one outcome of ‘Herd for Hope’ would be that Australia was reminding not only its citizens but also the world of the importance of organ donation. Perhaps prompting people to think more about becoming a donor in an age where organ donor lists are dwindling and the number of needy recipients are on the rise. At the worse, the result would be the same but on a much limited scale.

The organiser of the event Megan McLoughlin, an organ recipient herself, simply wanted to stage a great event that would raise funds for counselling services for donor families and to supply transplant care nurses in regional and rural areas.

Maybe there are other alternatives for the fund-raiser. Darling Harbour has been touted. Either way it’s a great idea. And any idea that promotes the simple fact that one organ donor can save ten lives is worth considering, don’t you think?

Are you thinking about joining the organ donor register ? You can find out more here.

Want to donate to ‘Herd of Hope’ or simply learn more? Visit here.