The bank manager who paid off his gambling debt by manual labour.

The 1960s. Life in the bush is filled with busy work days, long hours spent out in the sun working with livestock, planting or harvesting crops, or in the paddock mending or constructing fences, sheds and yards, delving bore drains, fixing windmills or digging new dams so vital water flows.  The weekends however are bliss. There are tennis parties, boating on the river and long, languorous dinners. Not that I remember. This was before my time.  In later years when my parents went out in the evening, and going out could mean driving ten kms or one hundred, we kids would be bundled up in the station wagon with torches and books, happy to entertain ourselves.  This aerial shot of our property shows the homestead and large dam nearby in the 1960s. You can just make out the bougainvillea hedge which was planted in the 1920s. A Moree bank manager lost to my grandfather playing cards and being out of pocket offered his labour to pay off the debt.  My grandfather readily agreed and the bank manager fulfilled his debt by digging a trench that ran along two sides of the house and then planted the bougainvillea hedge. I love that story. 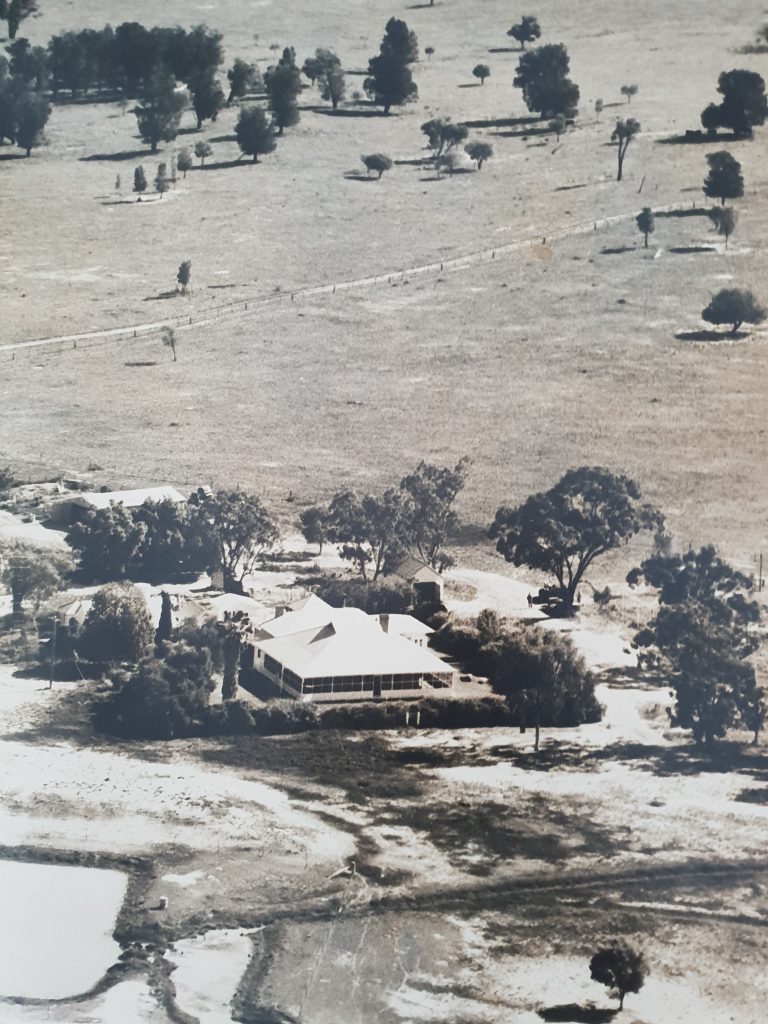 The homestead was eventually enlarged  in the 1970s, and part of the bougainvillea hedge removed when the garden was also enlarged. A good section of it remained however providing a wonderful break from the hot westerly winds that would shoot across the plains as if aiming directly for us. That wonderful hedge struggled through successive droughts until it began to die off in 2014. Ninety plus years of service. Who could complain.