In the middle of a dust storm – Eric Minchin, Brushmen of the Bush

‘From the very first time I came to Broken Hill … in the middle of a dust storm accompanied by 100 degree heat, I loved the fierceness and the challenge of this area.’ Eric Minchin 1975. 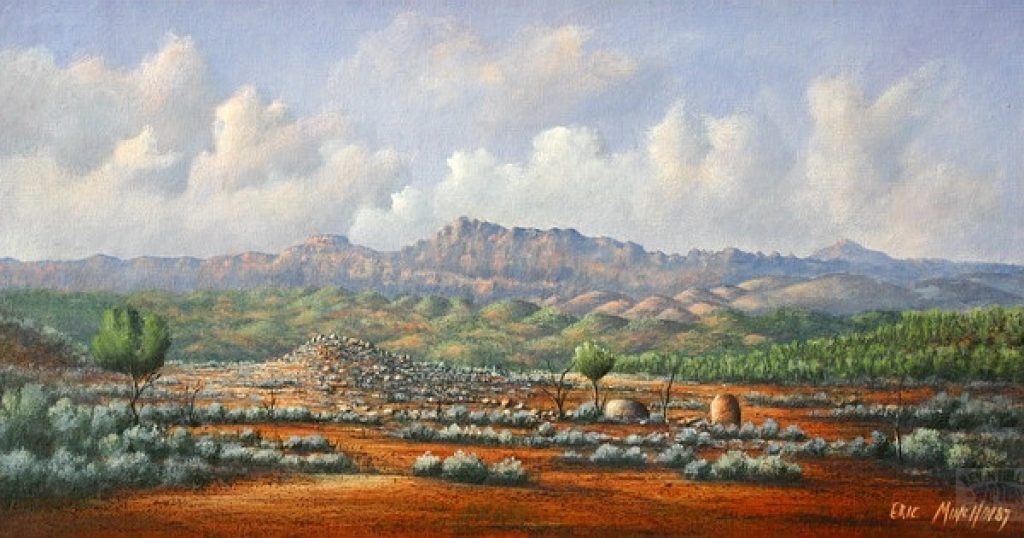 The founder of the Brushmen of the Bush, Eric Minchin was a man with an eye for opportunity. Minchin was captivated by the bush and apparently talked constantly of the outback. Its beauty and roughness. The shape of creeks and rivers. The everchanging sky and the people that made up the fabric of far western life. He drew the artists together that would become known as the Brushmen of the Bush, sensing the chance of being able to bring outback art to the masses, but most importantly, utilising their combined artistic talent as a conduit for raising much needed money for Australian charities. 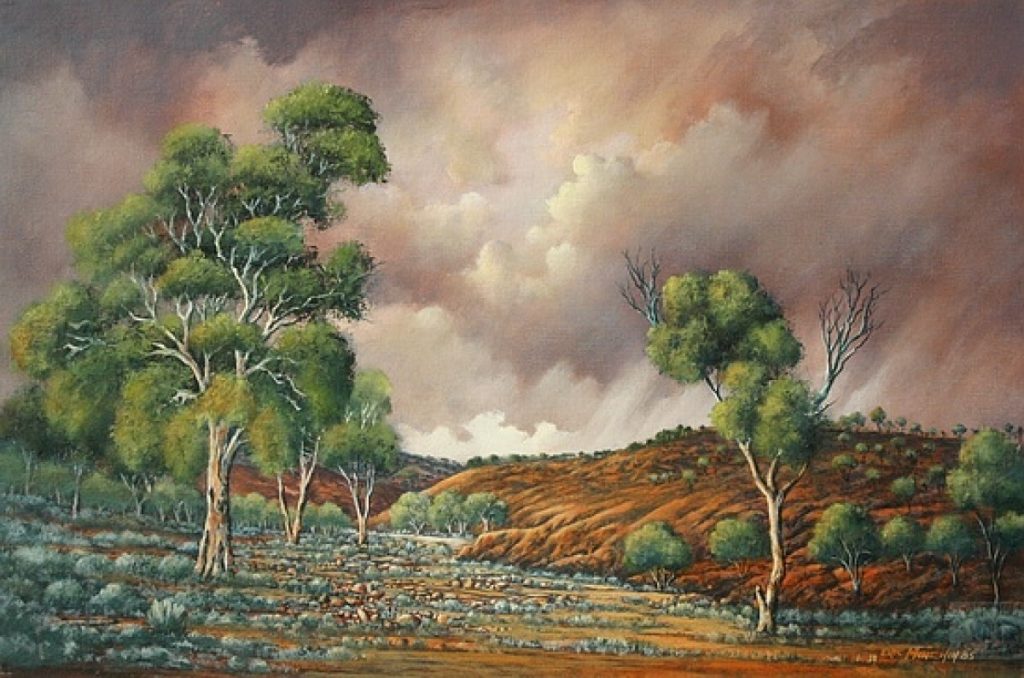 Born in Sydney in 1928, Minchin began sketching in the 1940’s but the need for a real job led him to found an accountancy firm in Broken Hill in 1961. Drawn to the inspired and the imaginative he tried to find an outlet for his creativity by joining the local theatre group, the Broken Hill Repertory Society, but with rehearsals invariably held in the evenings he worried about the time spent away from his family and eventually left the group.

Minchin finally took up painting, encouraged by a cousin who talked to him about the creative aspects of art and an Aunt who gifted him paints and brushes. Like Jack Absalom and Hugh Schulz, Minchin painted ‘plein air’ – out in the scrub, often hundreds of kilometres from Broken Hill. He would sit for hours in the middle of nowhere trying to paint what he saw but also trying to understand what he was feeling as he looked at the landscape around him.
Eric Minchin 1928 – 1994