The Brushmen of the Bush – Jack Absalom

Brushmen of the Bush. Now here’s a painting group that deserved their iconic name. In 1973 five artists met in Broken Hill, New South Wales  and started collaborating. The artists, comprising of Pro Hart, Eric Minchin, Jack Absalom, Hugh Schulz and John Pickup would change forever the perception of outback art both in Australia and abroad, ensuring a wide audience for their respective works. The group toured extensively. London, Rome, New York and Los Angeles greeted the five men enthusiastically while back home in Australia they lent their formidable talents to fundraising; their many exhibitions raising well over $1.5 million for notable charities including the Royal Flying Doctor Service. Having recently visited Broken Hill and seen the work of all five bush artists, I thought I’d share a little of their artwork and their remarkable love of the Australian bush. 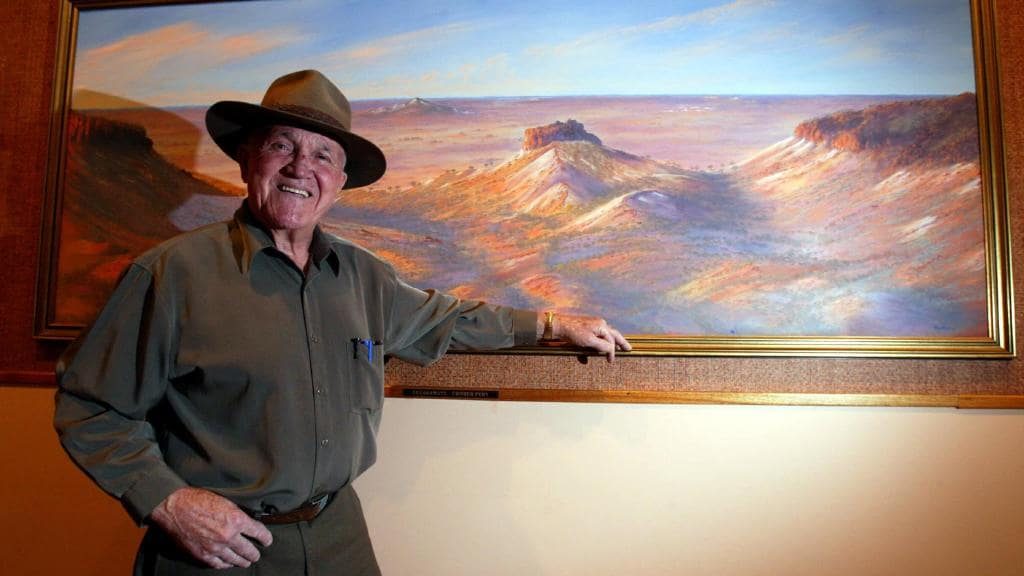 Jack Absalom grew up near Port Augusta in South Australia. When his father was injured while working as a fettler in a bush railway camp, it was left to Jack at age eight, to support the family. He trapped rabbits and dingo’s, sold potted Sturt Desert peas for sixpence and raised Naretha parrots all the while exploring the settlement where they were based. Jack learnt bush skills from the aboriginal families at the railway camp while receiving a basic education via correspondence lessons. His was a busy childhood. By the 1950s he was based in Broken Hill where he would eventually marry and have five children. By the time he was asked in 1972 by Broken Hill artist Roy Gundry and Eric Minchin to take them on a ten day painting expedition into the Flinders Ranges, Jack had already enjoyed a high profile sporting life in both boxing and football, had worked as a roo shooter, in the mines and with the Silverton Tramway Company. 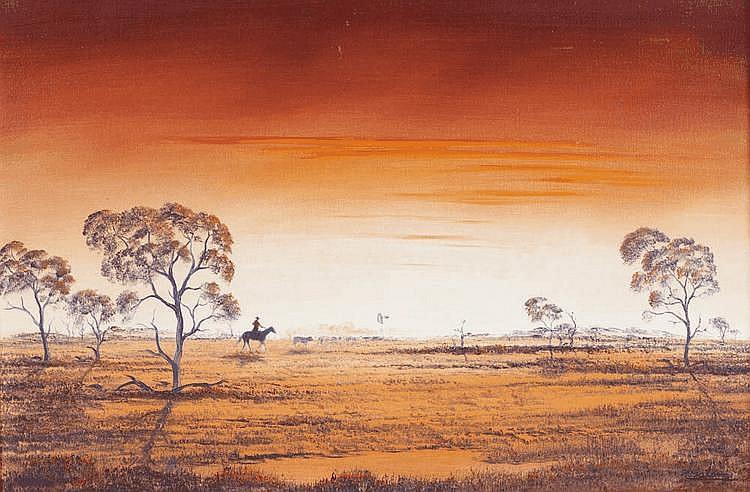 However that single trip to the Flinders Ranges changed Jack’s life. He watched and learnt from Roy and Eric and by the following year he had added a gallery to his house, and the first Brushmen of the bush exhibitions began. You might recall Jack from his Absalom’s Outback program on the ABC, or his books on outback travel and camp oven cooking. Jack was a true man of the bush. 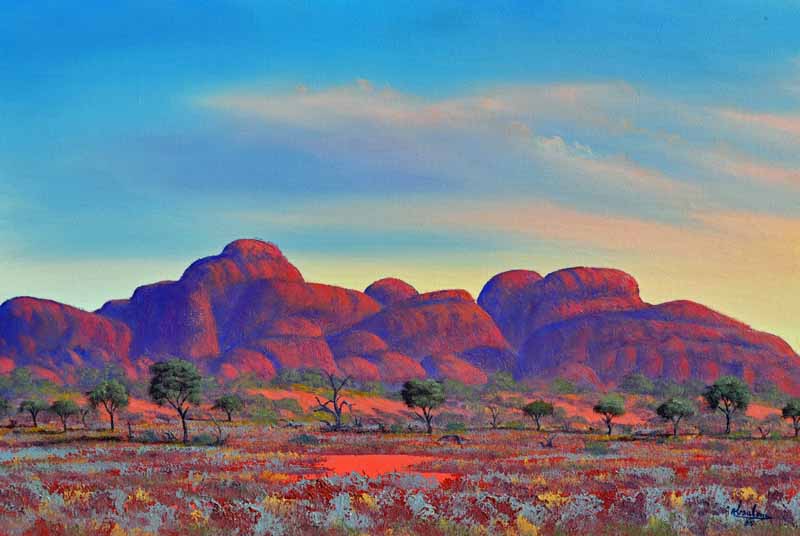