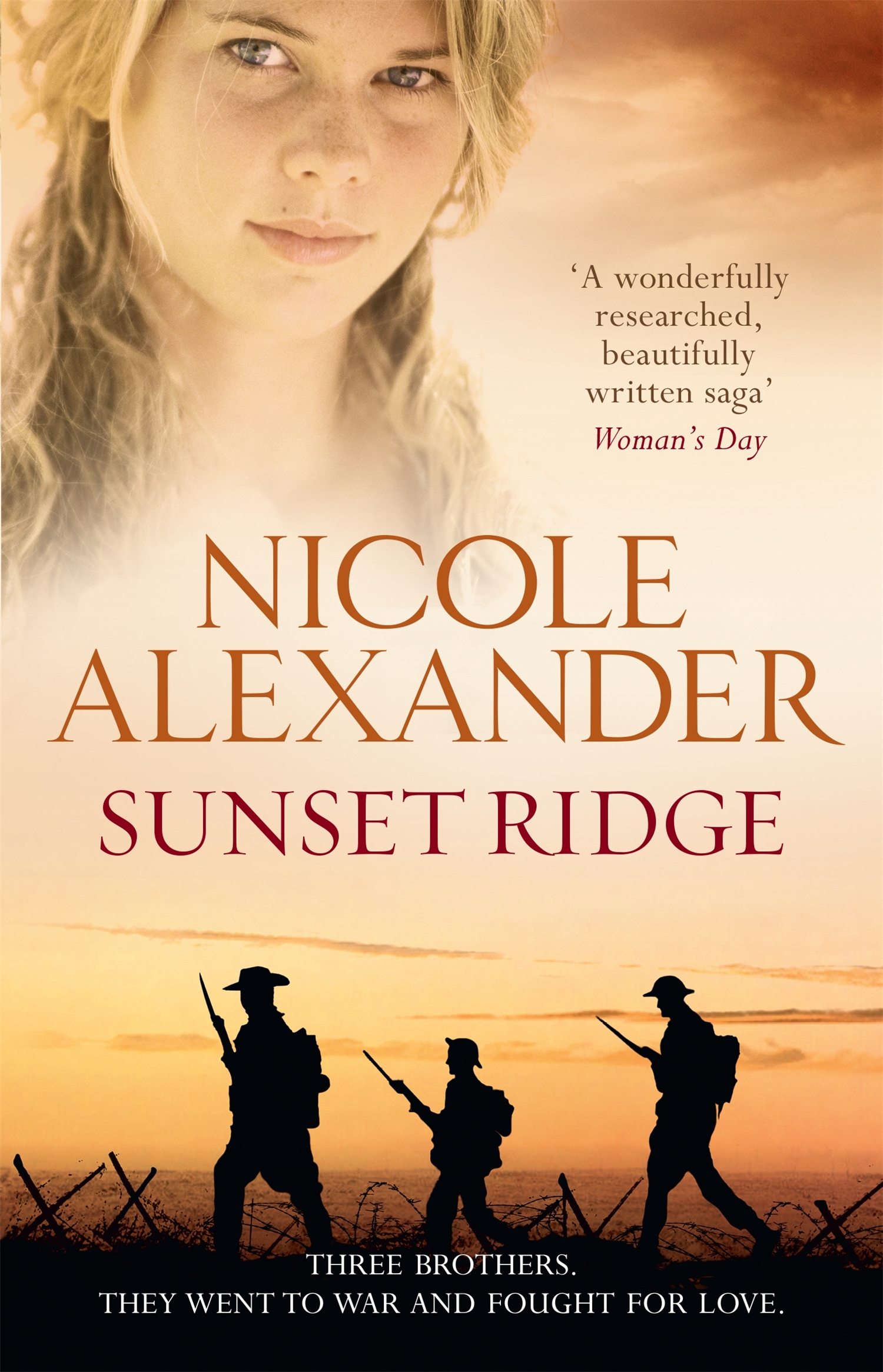 Although Madeleine has grown up in the shadow of her grandfather, the renowned artist David Harrow, she knows little about him. For David died long before she was born, and his paintings sold off to save the family property, Sunset Ridge. Now, decades on, with the possibility of a retrospective of Davids work, Madeleine races to unravel the remarkable life of her grandfather, a veteran of the Great War, unaware that his legacy extends far beyond the boundaries of the family property

Its 1916, and as Europe descends further into bloodshed, three Queensland brothers -Thaddeus, Luther and David Harrow  choose freedom over their restricted lives at Sunset Ridge. A freedom that sees them bound for the hell of the trenches. With the world on fire around them, the brothers bear witness to both remarkable courage and shocking carnage. But they also come to understand the healing power of love  love for their comrades, love for each other, and love for the young, highly spirited girl they left back home

This is a story of bravery and misadventure, of intolerance and friendship, most of all it is the story of three young men who went to war and fought for love.

Love and war. I never knew my paternal grandfather. He fought during The Great War

Sunset Ridge and was awarded the Military Medal for gallantry. A few days later he was severely wounded, but eventually returned home to resume the management of our property. My grandfathers letters home while at war became the catalyst for Sunset Ridge. This novel is ultimately a love story. Love between friends, between men and women, for those war dogs that served on the front and love for our magnificent country at one of the most tumultuous periods in Australias history. What I discovered while researching the novel? A French Red Cross dog named Prusco is credited with saving the lives of over 100 men in one day, including even pulling some back into the safety of the trenches. In Sunset Ridge, Roland the war dog is based on Prusco. I can only marvel at the tenacity of such an animal who traversed barbed wire, shell holes and chemical gases while under fire to rescue the wounded.