While Columbus didn’t quite take to the idea of the earth being a sphere, Greek astronomers of the third century were onto it early. By the second century they’d constructed the first terrestrial globe known to man, and the fad of having your own world to spin gained momentum from that point on. Terrestrial globes, those wonderful orbs on stands that allow you to glide across oceanic miles and untraveled lands, grew in popularity particularly from the 1600s on as the great sea and land explorers of the period grew ever more curious and mapping techniques improved. 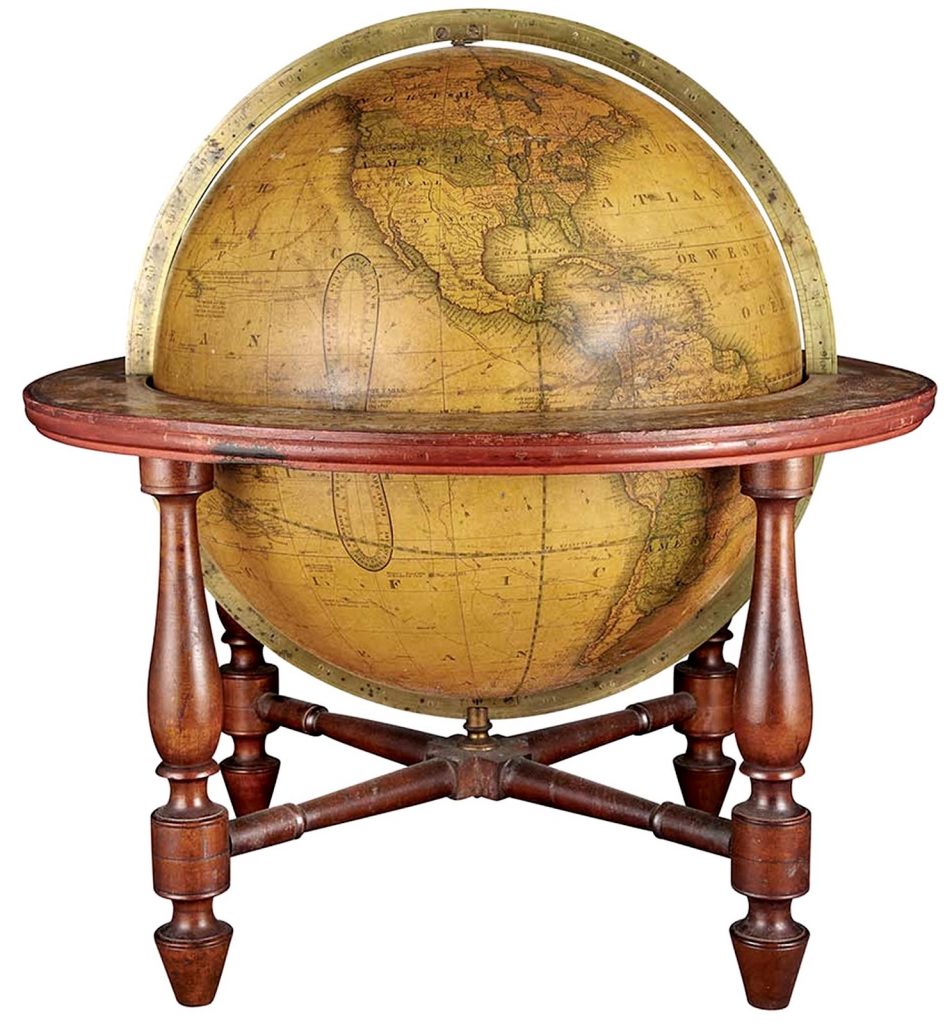 By the 1800s it became a status symbol to own and to flaunt pocket globes. These were small globes housed in cases that could be transported easily; on sailing ships and steam trains, Cobb & Co coaches and in pack saddles, if needed. After all if a great land discovery was made it was important to buy the latest updated globe and be able to show your friends the exact location of say, Antarctica. Globes of 1825 simply had a blank space beneath Australia with the intriguing label of, ‘unknown lands’. Globes became talking points at dinner parties, fashion accessories for wealthy adults and educational material for children. A far more romantic geographical version than online maps and GPS coordinates. 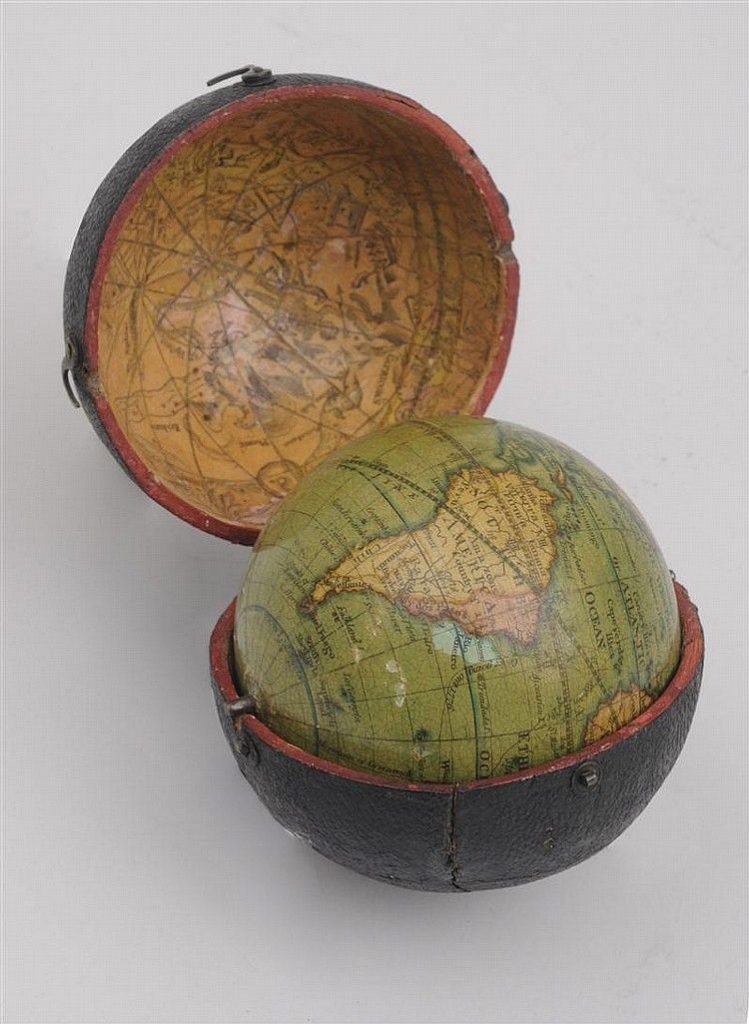