History of patchwork in Australia

Quilting and patchwork have long been associated with Europe and the Americas, and the arrival of this particular brand of needlework from the northern hemisphere to Australia came with the transportation of convicts in the 1800s. There is evidence of a woman named Elizabeth Fry giving migrating women material patches so that they could sew quilts during their voyage to NSW. A creative way of filling in the time during those long sea passages under sail. Many early quilts came carefully packed with a family’s belongings. An important household item, there were usually three ways a patchwork item came into a family’s possession. They could be made by the womenfolk in the home (whether land or sea) for personal use or as a present, or handed down from previous generations, a heirloom of great sentimental value. Or, for travellers to the bottom of the world, given as a parting gift to a loved one who may or may not ever be seen again, the patchwork becoming irreplaceable. 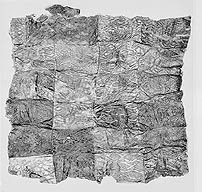 These early Australian colonial patches utilised scrapes of material, everything from men’s suiting and ties, to dresses and faded curtains. And the patterns were basic, early examples being log cabin, central medallion or hexagonal designs. But these crafty women from the north of the world were by no means the bringers of something unique to Australia. Indigenous Australian women were the first to make patchwork quilts using the technique to sew cloaks and blankets from possum and kangaroo hides, with some of them decorated by scouring or cutting the inside of the pelt. Animal hides could be sewn together whole, while others were created following the patchwork tradition of roughly cutting the pelts into rectangles and then stitching them together. Bone needles were used to create holes with kangaroo sinew a variation on thread.

I wonder if early Australian Aboriginal women on seeing the colourful patchwork tradition of the colonists and convicts quipped quietly to themselves, every old is new again. 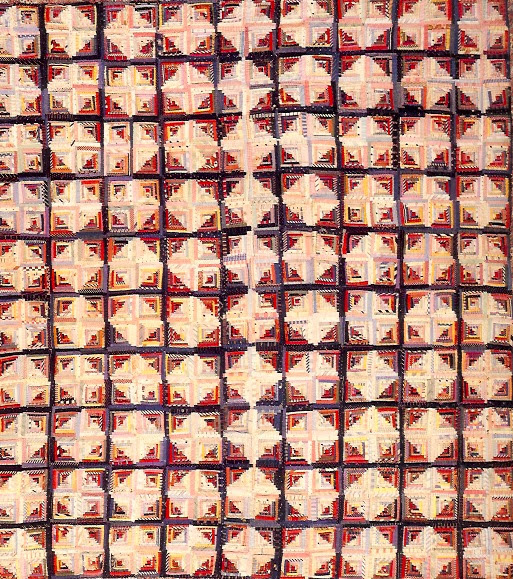 (Image courtesy Australian National Gallery. Made by Sarah Monument circa 1910 – 1928.)