Influential artist, Margaret Preston loved stalking around the Australian bush. She left a great impression on the Australian art scene, and was both a talented early modernist artist, and a provocative writer, passionate about giving Australian art its own identity.

With both her art and her writing, Margaret Preston pushed the boundaries, and wasn’t someone who was scared to shake a few branches along the way. In doing so she navigated a path for future female artists, and contributed to the vibrant art culture that stands strong in our country today. 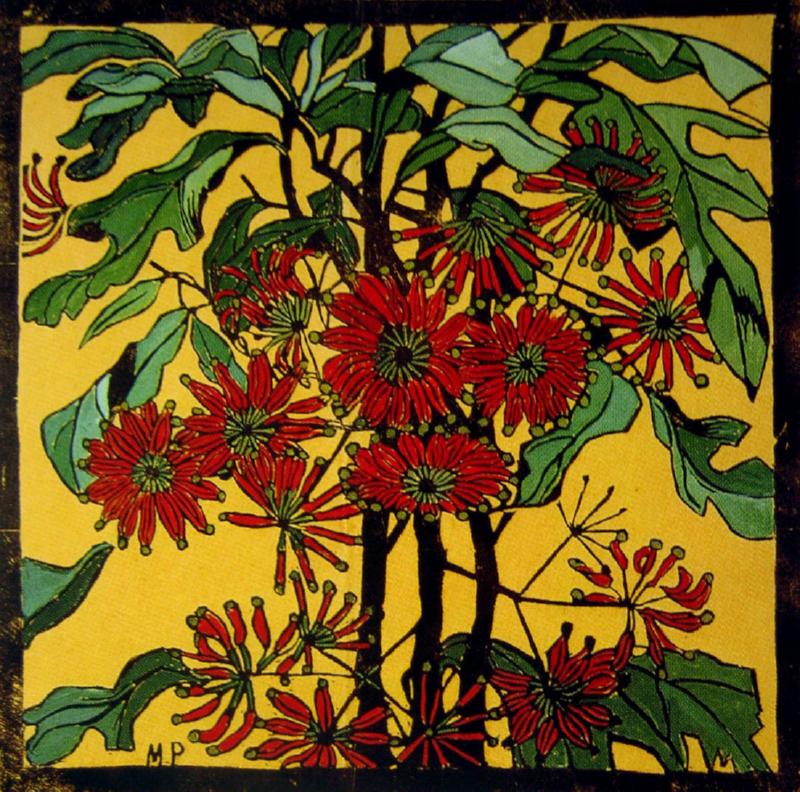 Margaret Preston (formerly Margaret Rose McPherson) was born in Adelaide in 1875. She studied under famous Australian landscape artist Frederick McCubbin, at the National Gallery of Victoria Art School, but didn’t take the conventional path to paint landscapes like many other students. Her work took on varied forms, including paintings, still lives, stencils and masonite cuts. Although, it was her study of Japanese prints that fuelled her passion for creating decorative woodcut prints of native Australian flowers and the Sydney landscape that she was most famous for.

As an inspiring art teacher, Margaret Preston studied many forms of art, and joined the Anthropological Society of NSW, studying Aboriginal Australian art. She became one of the first non-indigenous artists to use Australian Aboriginal art in her pieces, and you can see this influence in works such as The Brown Pot and Manly Pines. She took inspiration from the Australian landscape and bush, and showed a fond appreciation of native Australian flowers (above: Christmas Bells) and birds.
Margaret travelled extensively throughout Asia, Europe and Australia, and I think these cultural influences can be linked to her modern approach to art and its unique, bold feel.  Her art was one-of-a-kind, and she was the first female artist commissioned by the Art Gallery of New South Wales. 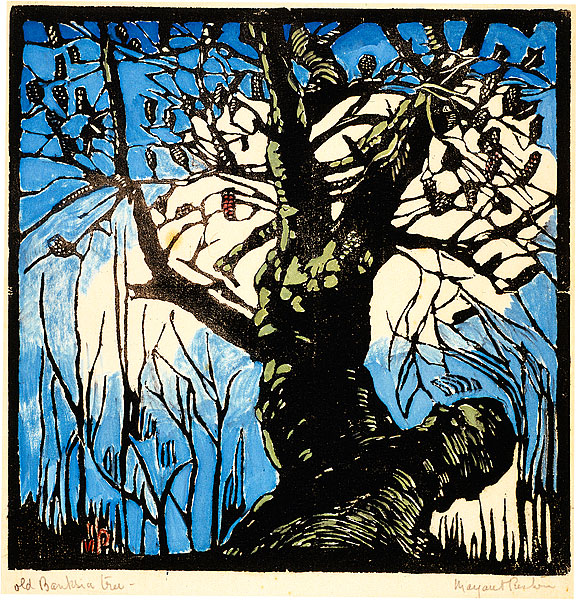 It’s hard to pick a favourite from Margaret Preston’s long and varied list of works, but I can’t go past the Old Banksia Tree, which was painted when she lived in Berowra in 1939. It’s said that Margaret would spend hours at a time sitting at the site of a very old Banksia in Berowra, perhaps the inspiration behind this vibrant woodblock print, hand-coloured and printed with black ink.

Margaret had strong opinions, and was most passionate about Australian art developing its own identity. She believed Australia should have its own style of art and she shared these views in journals and in articles she wrote in women’s magazines. Her articles, as well as her art that appeared on a few magazine covers, gave her a strong platform to share these views, and to expose her artwork to a wider audience.

Margaret Preston lived her later life in Mosman, Sydney where she continued to work and be influenced by Aboriginal art. She passed away in 1963. Her inspiring career was adorned with many awards, spanned over 70 years. She was an inspiring and vibrant artist that will be remembered for her unique approach to art, her love of native Australian flora and fauna and her passionate views on the direction she wished Australian art would take in the future. (Below: Flying over Shoalhaven River) 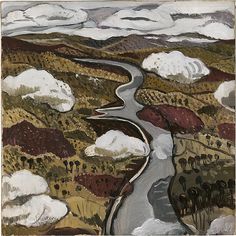