I remember when I was elected vice-captain of one of the sporting houses in senior school. I was so excited by the honour. It’s the principle of the thing. You’re recognised as having some leadership qualities and a bit of ability, no matter if you’re adept at egg and spoon racing or high diving. The thing about sport is that it’s inclusive. It brings people together in a shared interest and builds team players in and away from the sporting arena.  It gives a feeling of pride and a sense of accomplishment no matter whether you win or lose and then of course there are the obvious health benefits. It also teaches us a fundamental life lesson that’s encapsulated in one phrase and endless match trophies, best and fairest. Yesterday in South Africa that disappeared.

Australian’s love sport. Nothing brings us together like a rugby league grand-final, the Melbourne Cup or the Boxing Day test, to say nothing of bush picnic races or the local camp-draft weekend. I could go on. There are so many sports Australian’s follow and we’ve been playing sport here for a very long time. The first athletics tournaments were held here in 1810. Cricket, horse racing, sailing clubs and competitions started soon after with early forms of football played in the colony of Sydney by 1829. 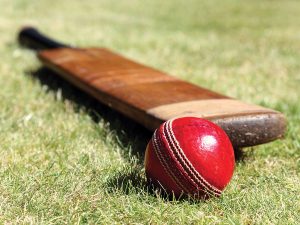 Many of us have stories that we share at family gatherings. The year that a ‘six’ was smashed though mum’s window, the frisbee that nearly decapitated a runner on the beach, the under six player who scored a goal for the opposite team, the fish that really was t-h-i-s  b-i-g, but he got away. My family’s claim to fame is my paternal grandfather bowling out Victor Trumper for a duck at Randwick around the turn of the century; 1900s. Sport is a big part of our lives and it starts at an early age. All you have to do is drive past an oval on a Saturday morning and the under-10s, or 12s …. it goes on, will be out there doing their best to play the sport they love. And before, during and after, parents, coaches and players will have in their minds what is instilled in them from an early age, what lies at the heart of every game, playing fair.

So how is it that the most prestigious position in Australian sport, that of Australian Cricket Captain and the Australian Cricket Team has been bought to its knees in the current test against South Africa. Our boys, our team have been accused of cheating. And we’re not talking, ‘I’m chewing a lolly while bowling lets see if we can get a bit of saliva on the ball’. We’re talking, it’s lunchtime and a handful of players or what’s been loosely described as some of the ‘leadership team’ have got together and with premeditated intent decided to cheat. Sticky tape, a normal part of a player’s kit is wilfully placed into a pocket of a bowler and walked out onto the pitch where eventually its illegal use is picked up on film and beamed to the world on one of the myriad cameras on the oval. There’s more to the story but I’m guessing the greater majority of Australia will be watching the news tonight, as will the world.

Michael Clarke, former Australian Cricket Captain (at his peak ranked the best Test batsman in the world) who was ridiculed by many for 1. getting caught up in the Lara ‘Which toilet did you flush the ring down’ Bingle extravaganza and, 2. Telling a test opponent that he’d break his arm – which isn’t great either, never cheated and was visibly upset on television this morning when discussing the incident. Who can blame him. I am still in shock. I’m also sorry for those thousands of kids who have ever dreamt of being chosen to wear the epitome of Australian sport, the baggy green cap and those who simply love having a bat on the weekend. There will be a lot of parents having difficult conversations over the next few days.