River Run – Set during the heady years of the 1950s wool boom.

There’s always a story behind a story. When I began thinking about my seventh novel, River Run, I sat down with my parents to chat about the 1950s. I wanted to to write about this era as it’s such a rich period in Australian history – Communism, the cold war, the aftermath of two world wars and the Great Depression, the changing roles of women and of course the wool boom. 1951 was the era that coined the phrase, ‘riding on the sheep’s back.’ 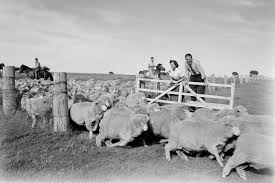 In chatting about the perceived threat of communism with my mum and dad (up until the 1960s Indonesia had one of the largest non-ruling Communist parties in the world) Dad recalled an incident from his childhood.


In the 1940s, Dad’s concern regarding communism lead him to think Australia could be at risk of an invasion. So one day, aged 10, he jumped on his horse, with rifle in hand and having stolen tinned food from the pantry he rode down to the creek near our homestead, climbed a tree and prepared to defend the property against a communist attack. After a few hours, having eaten all the food, he rode home. But that 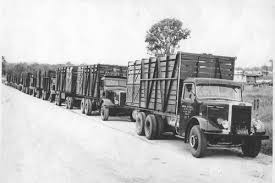 got me thinking, what if that young boy had seen someone on the horizon? What would he have done? And how would his actions have affected the family living on a remote property? That childhood adventure became the basis for River Run.