Imagine having settled in a new country over one hundred and fifty years ago. You’ve been there for scarcely 30 years trying to carve out a business and home for your family. As a farmer you would need a good understanding about climate and growing conditions and if things turned pear-shaped due to flood, drought or fire you’d be hopeful that the government of the day would step forward and assist you, after all you’re helping to establish and grow a new colony. Had you settled in South Australia and been there during the period 1864-65 you would have been facing one of the worst droughts in South Australia’s history.

Stock losses were immense during this time, and with the wilting vegetation, massive dust storms swept away the topsoil in choking sheets. Pastoralists leasing land in certain areas of the South Australian colony grew desperate and eventually demanded rent relief because of the lack of production. In reply, George Goyder, the then Surveyor-General of the colony, was asked by the government of the day to map the boundary between those areas that received good rainfall and those experiencing drought. So George got on his horse and rode 3200 km east to west across the colony. Finally in 1865 Goyder submitted his report and map to the state government. 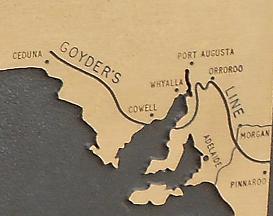 Goyder used old rainfall guides and changes in vegetation to produce his report. He noted that mallee scrub, which needs a higher rainfall, dominated in the south while saltbush which can exist on far less moisture was the main vegetation in the north. With his report showing that North of the line was drier and the south wetter, he discouraged farmers from planting crops north of his line, as he considered this land only suitable for grazing.

When good rains fell months later, farmers chose to disregard George Goyder’s report and they settled in the north, starting farms and planting crops. Why they chose to continually ignore Goyder can in part be explained by the twin elements of ‘determined self-interest’ and the westward expansion of cropping in America at the time. Settlers in the United States believed that ‘rain followed the plough’ and this movement gained a great number of followers in the new colonies of Australia. 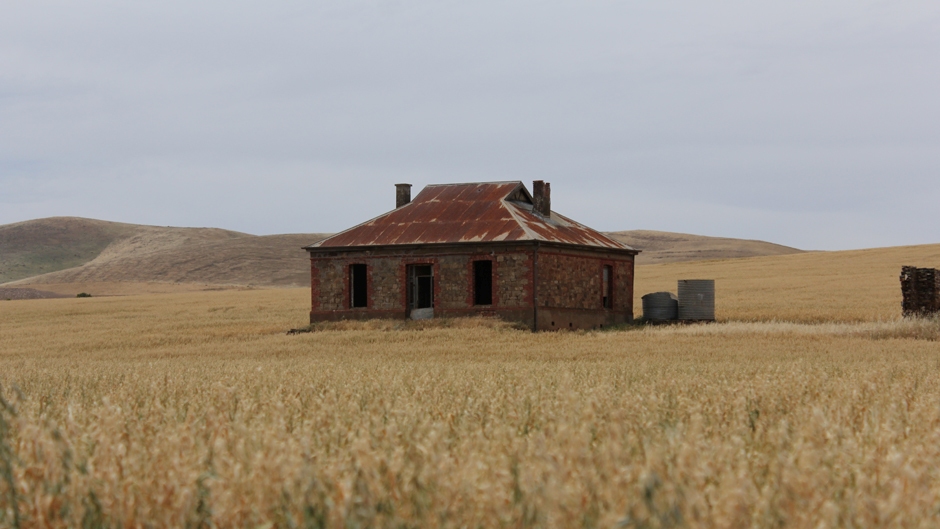 Goyder’s Line or drought border, zigzags across the State, a division enshrined in law by an act of parliament in 1872. This was the Waste Lands Alienation Act: lands below the line would be surveyed and offered. But a few years later would-be landholders and the government, in need of funds, abolished it.

Goyder was proved correct on countless occasions. The rainfall eventually decreased, the land, unsuitable for cropping led to the abandoning of properties. Periods of development north of the line continued on and off, always ending in disaster. Entire towns and farms were deserted when the rainfall patterns returned to average and today many farmhouse ruins can be seen near Goyder’s line. They are simple 19th century structures, rectangular with a central doorway and windows on either side. Most have a chimney. Around these dwellings the earth spreads out in a dry fan. 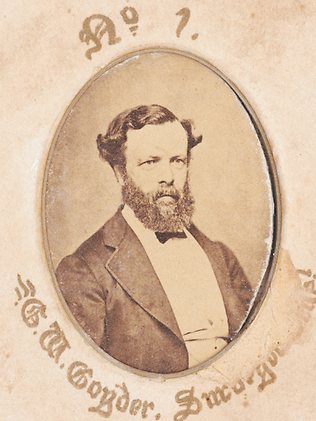 Goyder’s line has proved to be highly accurate. An impressive feat considering the lack of knowledge regarding the local climate at the time it was surveyed.

In December 2015, climate scientist Peter Hayman acknowledged that the current “warming, drying trend” of South Australia’s climate would definitely “put a downward shift on Goyder’s Line” towards the south.