Over the weekend I was honoured to present the inaugural Colleen McCullough Writer’s Residency. The award formed a part of the Historical Novel Society of Australasia conference which was held at the University of Western Sydney, Parramatta. The residency is named for Ms McCullough – who died in 2015. Her most well-known novel, The Thorn Birds has sold 30 million copies to date, making her Australia’s biggest bestseller. She was also lauded for the variety of genres she wrote, including a masterful series set in ancient Rome.

When approached to judge and present the award, I was honoured to be asked, but I was also struck by the synchronicity of it. There has been much talk over the years about where Colleen McCullough’s inspiration for The Thorn Birds came from. References are drawn vaguely to the black soil plains of NSW, which may well point to landscape, but not necessarily, plot. In fact Colleen McCullough was actually a governess for a time near Garah, a village located north-west of Moree, and certain characters/events appear to be clearly drawn from her experiences in that area. I think the organisers of the award were very surprised when they realised that I’d grown up on a property less than sixty kilometres away from where Ms McCullough once lived and taught. 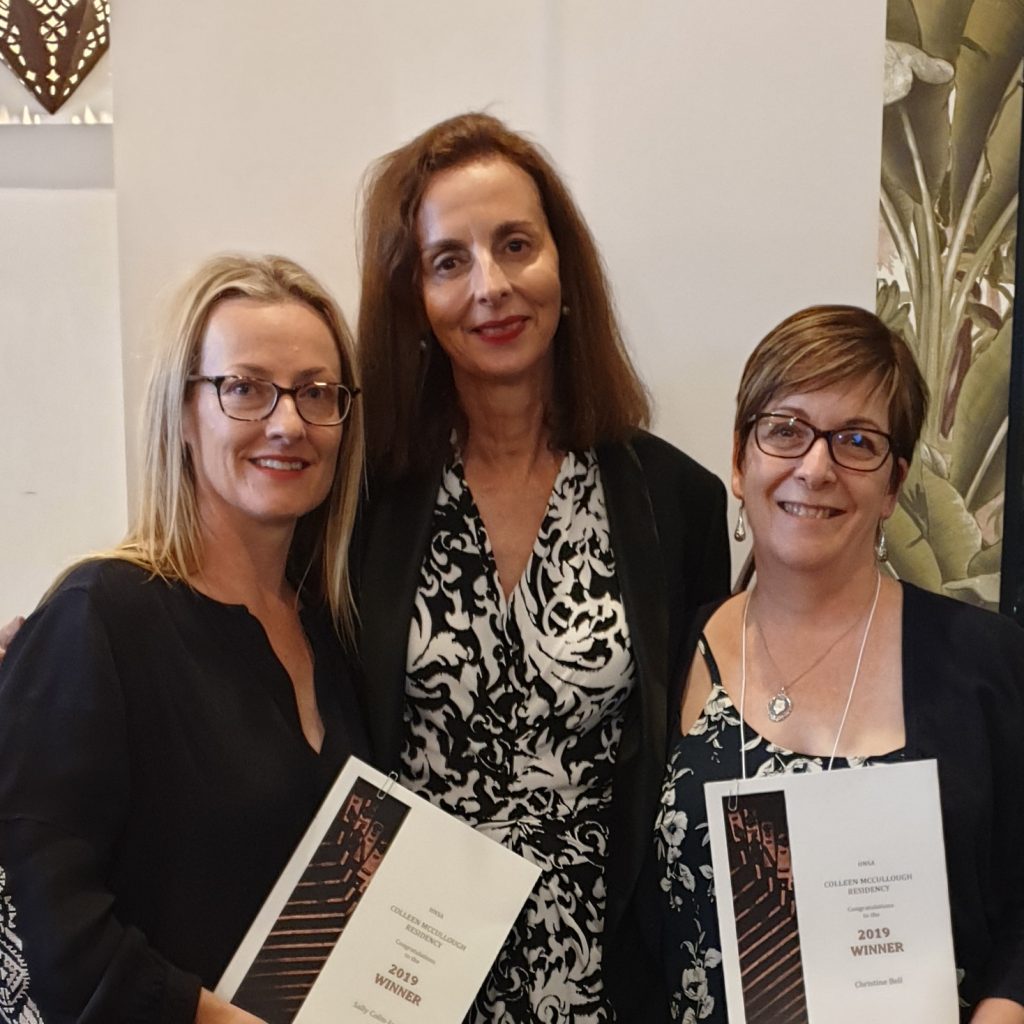 The winners of the residency are Sally Colin James (aspiring writer category) on my right in the pic, and Chris Bell (previously published category). This unique residency will take place 3-9 Feb. 2020, & is designed to support writers of historical fiction with peaceful time to write at inspiring Norfolk Island. The two worthy winners chosen from a pool of talent receive; return airfares from Sydney to Norfolk Island, individual car hire for 7 days, 7 days exclusive use of one self-contained unit on the Colleen McCullough property, a tour of Colleen McCullough’s library and a tours offered by Baunti Escapes on Norfolk Island. Happy writing to the two winners!