The Boer War. ‘Even if I wished to surrender, and I don’t, I am commanding Australians…’

In August 1900 during the Boer War in South Africa, Colonel Charles Hore commander at the Elands River Post received a request from Boer(Dutch-Afrikaner) general Jacobs Koos de la Rey to surrender.
His reply: “Even if I wished to surrender, and I don’t, I am commanding Australians who would cut my throat if I accepted your terms”. 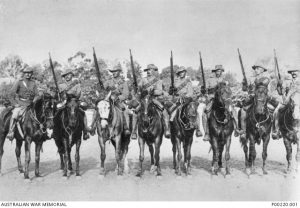 The 500 Australians (Imperial Bushmen) and Rhodesian volunters were outnumbered 3 to 1 and their decision to stay and protect their post under savage conditions was later remarked upon by Lord Kitchener,
“Only colonials could have held out and survived in such impossible conditions”.

Over a twelve day period they endured a two-day bombardment of 2500 shells, all of their animals (horses, mules and oxen) 1500 head were killed. Imagine the stench and the disease with the decaying carcasses strewn about them an being unable to move from their positions. The conditions were freezing. They had no firewood. Food and water reserves became low and they used night patrols to beat snipers to their drinking water whilst battling an opponent strong in artillery. 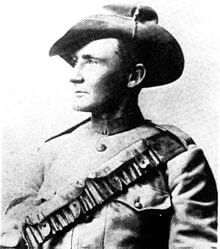 When the Boer War broke out in 1899, Australia was made up of six colonies that were on the verge of becoming a federation. The war was seen as an opportunity for Australia to show its commitment to Britain and define its identity. Sound familiar? Similar comments would be made only a little over a decade later, during the Great War.

Of course Australia’s part in the Boer War was severely damaged following the Lieutenant Harry ‘Breaker’ Morant incident. Accused of shooting 12 prisoners (he argued British Officers commanded a no live prisoner policy) the ‘Breaker’ was shot by firing squad at Pretoria in 1902. Many claimed his innocence.

You can read more on the Boer War here.

NB: The Macquarie dictionary defines a scapegoat as someone who is made to bear the blame for others or to suffer in their place.