In February 1861 sixty Aboriginals attacked Coochin Coochin Station only to be repelled by the wife of the station owner L.E. Lester who wielded a revolver. A later inquiry heard that the Aboriginals had been angry over the loss of their native hunting grounds and it was also suggested that the homestead was too close to dense scrub. Coochin Coochin Station near Boonah, Queensland, has played host to visiting dignitaries, royalty and even famed novelist, Agatha Christie. Forty years prior to the arrival of the Bell family (the current owners) in 1883, the area was settled as a pastoral run, with the second leesee John Kent, using the traditional name of Coochin Coochin (meaning ‘red stones’). 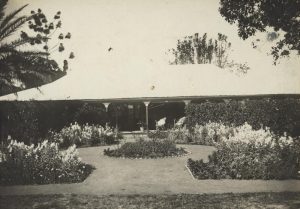 Whether the 1861 attack was the cause or not, the homestead was relocated to its current position in 1871, and became the social focus of the area in the 1920s. The Prince of Wales was the first to visit – before a certain divorcee caught his eye and he was forced to abdicate the British throne. Were it not for the fact that the Captain of the ship he travelled on was a relative of Gertrude Bell’s he may not have made it to the property. He ended up staying five nights due to heavy rain. Gertrude’s diary notes that he played tennis, went mustering and generally had a wonderful time.

Over thirty years later, on a visit to Australia, a widowed Queen mother, finding her original destination, Tamrookum House demolished, readily agreed when Coochin was suggested as an alternative by the then QLD premier. So did Gertrude’s daughters, Una, Enid and Aileen. The three Bell daughters travelled the world recording their journeys in letters that along with Gertrude’s diary and other family papers that are now held by the John Oxley library. 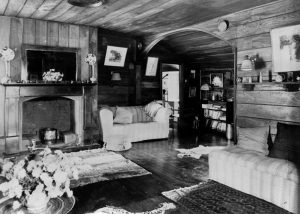 Agatha Christie’s visit, which I assume was also in the 1920s, is noted below:

“It was in Sydney that we first came in contact with the Bell family. Whenever I think of Australia, I think of the Bells. A young woman, somewhat older than I was, approached me one evening in the hotel in Sydney, introduced herself as Una Bell and said that we were all coming to stay at their station in Queensland at the end of the following week. As Archie and Belcher had a round of rather dull townships to go to first, it was arranged I should accompany her back to the Bell station at Coochin Coochin and await their arrival there”.

Coochin is not a big homestead, but what parties it undoubtedly saw!