Orroral homestead – a snapshot of a fabulous old homestead: Stock stations in the Canberra district were established towards the end of 1824 and several years later pioneers settled in the mountain valleys west of the Murrumbidgee, beyond the limit of the 19 counties. William Herbert paid £10 for a pasturage licence in 1839 for the run Orroral, legalizing his land claim. A description from the period reads as follows; “William Herbert owner and superintendent, 10 persons living in slab huts, 9 acres of cultivation, 700 cattle, 37 horses, no sheep. 12,800acres.” 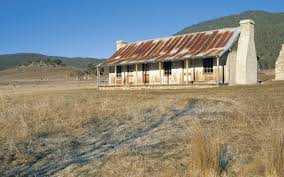 The property changed hands a number of times before the Commonwealth Government purchased it in 1964 to establish the NASA Tracking Station. During this period tenancy was granted to a prior owner who continued to run stock there for a number of years. The homestead is located in the Gudgenby Nature Reserve which is managed by National Parks & Wildlife.