It’s three years since I first started thinking about my new novel which I’m close to finishing.  There’s been quite a few potholes to navigate along the way. Instead of my usual female protagonist I chose a male lead of Scottish descent and named him Ross Grant. Then I decided to track his life for close to forty years. It’s a departure from my recent works that have been more constrained by time and place, but I felt that I needed to explore bigger horizons and for many scenes in this novel only a man could do that.

Women still feature strongly in this new work but women and events pivot around a man instead of a female and it’s been great to take on this new perspective and tell the story purely from a man’s viewpoint. Stepping into a man’s shoes is very much like taking on a role. Having written hard, driven male characters before – I only have to consider my ancestors for inspiration, it wasn’t too difficult to sketch out an initial character outline but the personality of Ross Grant needed some unique flaws and I found myself delving through information on behaviour and searching out specifics. 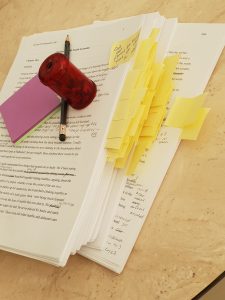 I read some statistics that suggest many women speak over the double the words of men in a single day (this we probably already know). I’m not sure why there is this need for over-verbalising but in comparison that doesn’t mean that men aren’t thinking or are unemotional. What it does mean is that the greater majority of the male sex probably tend more towards introspection. They don’t live in their heads, but they perhaps spend more time there than women do – unless you’re a writer!  Women also tend to connect more emotionally with people and partners while men are much more attuned to physical touch. None of this is rocket-science but these aspects are important guideposts when you’re writing. Apparently men are also more sight driven and tend to think in big picture terms. So if they see more it goes to reason that’s what they’re stimulated by – or so the scientists tell us.

For those of you who read my books you know I rarely write ‘pretty’ stories. I grew up in the bush and was raised on our pastoral history and while I understand the need to soften the plot occasionally (for commercial reasons) I try and remain true to our wonderful past, to time and place and people. For me it’s about bringing a truth to the way people lived and celebrating our pastoral history and what better way than to set this next book, my ninth in South Australia and the Northern Territory, from 1901 to 1940.

I’ll be back soon with more upates.