In 1845 George and James Hope arrived on the western edge of the Wimmera district of Victoria, near the town of Edenhope (established some years later) a scant thirty kilometres from the South Australian border. They chose the shores of a lake as part of their 48,000 ha selection, naming it Lake Wallace after William Wallace who’d been the first man to explore the region two years earlier. 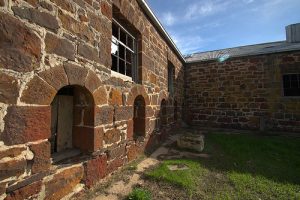 If the name sounds familiar, it should be. This William Wallace is said to be a direct descendant of the Scottish folk hero of the same name. The man who defeated the English at the Battle of Stirling Bridge in 1297 and was appointed Guardian of Scotland finally met  defeat at the Battle of Falkirk in 1298. When eventually captured he was hanged, drawn and quartered by King Edward I of England for treason. Not sure who I’m referring too? Watch the Oscar-winning movie Braveheart starring Mel Gibson.

Back on the shores of Lake Wallace a woolshed was needed. Built by Chinese migrants in 1864 on their way to try their luck at the Ballarat goldfields, Lake Wallace Woolshed is a striking ironstone building. It is said that the Chinese carried the ironstone in wheelbarrows for about 5km to construct what would eventually become a 10-stand shed that still stands on the property. 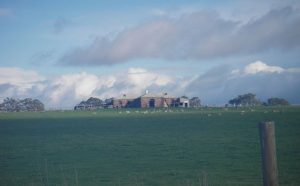 Most of the Wimmera is very flat. Only the Grampians and Mount Arapiles rise above the vast plains. Where once sheep roamed in huge numbers, dry-land farming abounds. The area was first surveyed by the perpetual traveller Thomas Mitchell in the mid-1830s. Clearly this was not a man content to stay in one spot based on the areas he is recognised with mapping. Mitchell is credited with naming the Grampians after a mountain range in his native Scotland and with naming the region Wimmera, adapting a word from the local indigenous language meaning ‘throwing stick’. I think the battle-weary William Wallace would have pleased with that. 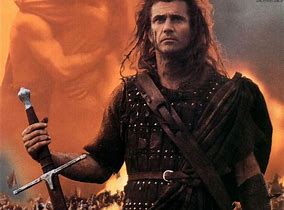