Who’s big in agriculture in Australia & where’d they get the $ to buy?

The big three in agriculture have had an impressive year. Mining and property is clearly where the money is when it comes to investing those spare shingles and diversifying into beef. The big story of the year on the purchasing front was of course, the doyenne of mining, Gina Rinehart, who, thanks to a solid start left to her by her father, spent $386.5 million in the last twelve months. All of this went towards purchasing the iconic S. Kidman & Co Cattle Empire. The buy didn’t make a dent in her wealth. She’s at the top of the Ag money tree with her cattle herd numbering 300,000 head and an overall worth of around $10 Billion. 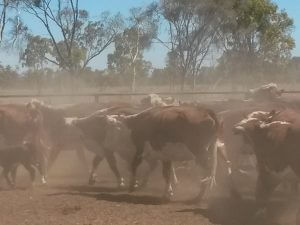 I wonder what Sir Sidney would think about this turn of events. Kidman was born in Adelaide in 1857 and leaving his home at age 13 with only 5 shillings and a one-eyed horse, amassed a huge string of properties. He eventually owned or had interests in some 68 separate stations stocked with about 176,000 head of cattle and 215,000 head of sheep. Before World War I he was a millionaire. Kidman formed a network of connected stations stretching from both the Gulf of Carpentaria and the Fitzroy River in Western Australia down into South Australia near the Flinders Ranges and also across New South Wales. Fattening and growing cattle up north, he walked them down through his line of stations to the markets in the south, selling them in top condition. Australia’s most famous Cattle King, now has a Queen on the throne.

Andrew ‘Twiggy’ Forrest set himself up as the good guy of philanthropy with a recent donation of $400 million to charities and research. “About $75 million will go towards cancer research, another $75 million to higher education, $75 million to childhood education, $50 million towards Indigenous disadvantage, and $75 million will be used to eliminate modern slavery.” (SMH May 2017) This is the largest philanthropic donation by a living person in Australian history. He’s number two on the Agricultural rich list with his rural earnings topped up by his beef processing plant in Western Australia. The nice guy of the rich and the powerful has a healthy 1.2 million hectares plus of land, and has concentrated his buying of properties in Western Australia. Mr Forrest is worth around $6.8 Billion. 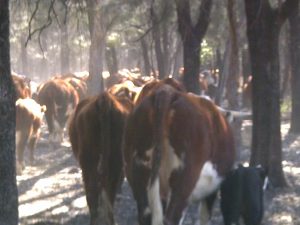 Third on the list is the reasonably low profile Brett Blundy. He is the chairman of BB Retail Capital, which owns companies such as Sanity Entertainment and Bras N Things, among others, as well as being part-owner of  the iconic BridgeClimb, one of Australia’s largest tourist attractions. His fortune is valued at around $1.3 Billion, giving Rinehart and Forrest a fairly substantial lead in the rural stakes. Mr Blundy has staked a claim in the Northern Territory, with an interest in a number of rural properties. His last big purchase was Walhallow at Tennant Creek which he bought from Paraway Pastoral in 2015 for $100 million.