Sidney Nolan is one of Australia’s most beloved artists, well known for his depictions of outback Australia and the bush way of life. He captured brief snippets of our country’s history, recollected on canvas in bold and bright colours for all eyes to see. He painted the most intriguing Australian characters, from notorious bushrangers to legendary explorers. 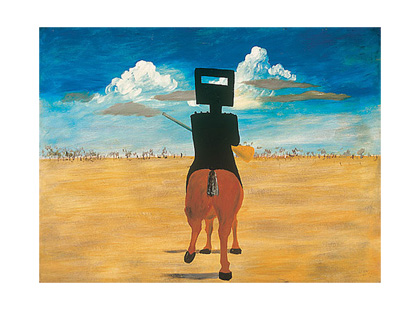 By far his most famous collection of art, which I’m sure you’re familiar with, is the Ned Kelly series.  This could be one of the best series of work ever painted, and became an iconic representation of the Australian outlaw. It definitely contributed to the construction of Ned Kelly’s identity and place in our nation’s past.

Held at the National Gallery of Australia, this series contains 27 paintings, all making use of Sidney Nolan’s signature vibrancy, contrasted by the simple black of Ned Kelly’s armour. It’s interesting that even with the bold characters he depicts, the landscapes always play a significant role in his paintings, completing the story portrayed upon the canvas.

Coupled with his unique style, Nolan created each piece with bold colours and big characters. His approach and technique, and the ability to depict an interesting portrayal of history on canvas, contributed to him becoming one of Australia’s most celebrated modernist artists. 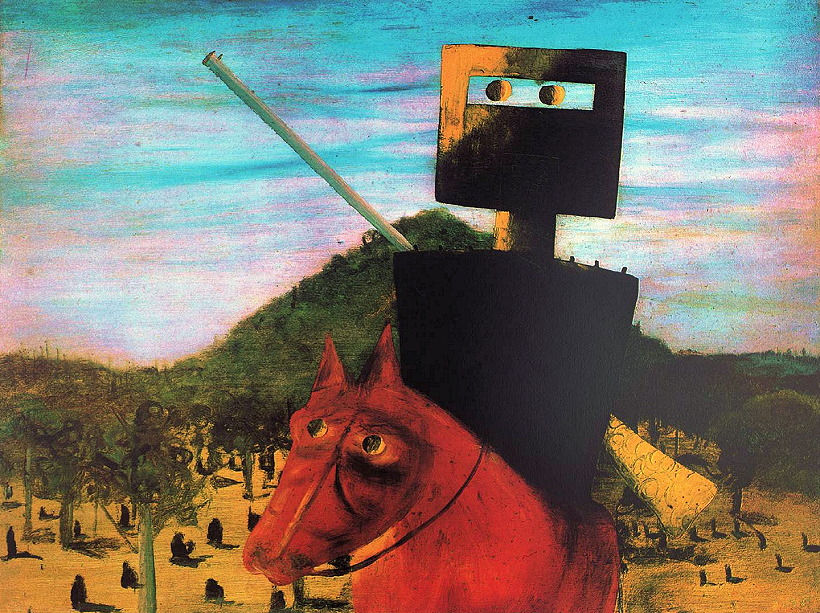 Sidney Nolan started as a commercial artist and sign writer, and at the age of 17 attended night classes at the National Gallery of Victoria’s School of art. But, as an avid reader, he preferred to learn through books, favouring artists like Paul Klee, Picasso and other surrealists before him. His love of literature may also explain his ardour for historical content, the inspiration behind many of his most famous paintings.

Like many others of the time, Sidney Nolan was conscripted to the army in 1940, continuing to paint as he lived in North-Western Victoria. He deserted in 1944, changed his name to Robert Murray and went on to paint the iconic Kelly series. He travelled extensively throughout Australia, soaking up the diverse landscapes and capturing other historical identities like explorers Eliza Frazer and Burke and Wills along the way.

Nolan was impressed by the explorer’s sacrifice. He once said, ‘I doubt that I will ever forget my emotions when first flying over Central Australia and realising how much we painters and poets owe to our predecessors the explorers, with their frail bodies and superb will-power’. This is such a powerful statement, and if you have flown over the vast and arid landscapes of Central Australia, you’ll agree. 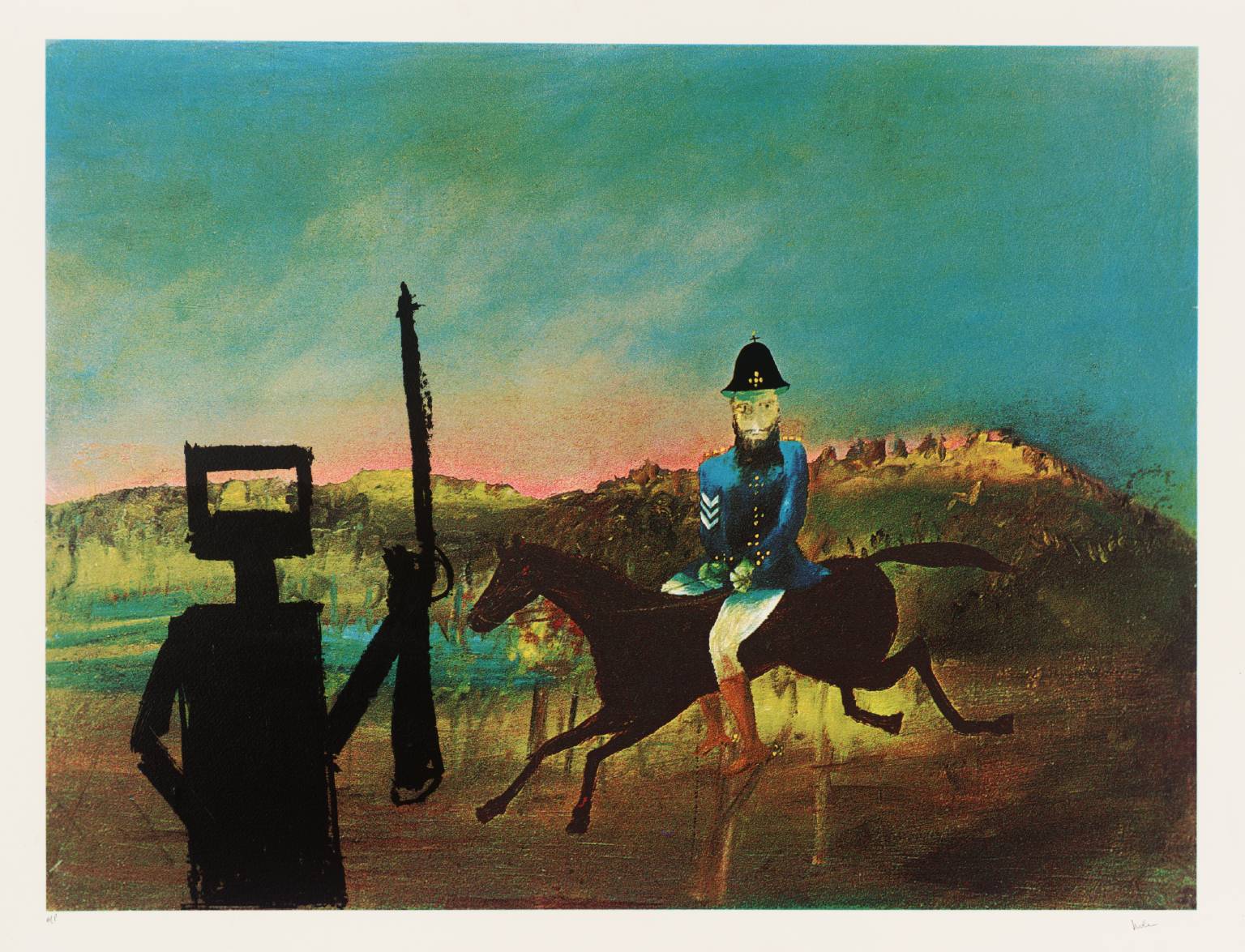 In 1951 Sidney Nolan relocated to London, travelling, painting and illustrating books and book covers. He spent time designing sets for operas and constructing murals, and yet again, revisited his work on Ned Kelly and Burke and Wills. He received an OM in 1983, and the Sidney Nolan trust was set up in Herefordshire UK to support artists and musicians. And how could we forget the 2000 Olympic Games!  The Tin Symphony segment of the opening ceremony was inspired by Sidney Nolan’s depiction of Ned Kelly, with performers dressed as the bushranger and the Ned Kelly series appearing on the big screen for all the world to see.